Tanker Crewman Medevaced Off the Coast of Florida 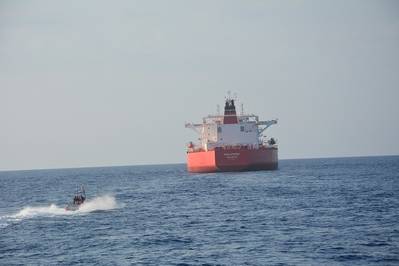 The Coast Guard crew arrived to the scene, embarked the Philotimos crew member, transferred him to a Coast Guard Station Key West 45-foot Response Boat—Medium crew who then transferred him ashore to local emergency medical services in stable condition.

"This medevac was a great success," said Lt. Greg Mitchell, commanding officer of the cutter Charles David Jr. "The coordinated efforts of the Charles David Jr. crew, Station Key West, and Sector Key West enabled all of us and the crew of the Philotimos to work through the challenges of distance, language barriers, and medical concerns to ensure the crewmember was received by emergency medical services as quick as possible. While, I am proud of the work and effort that enabled this mission to be a success, I hope the crewmember of the Philotimos is ultimately healthy and has a quick recovery."