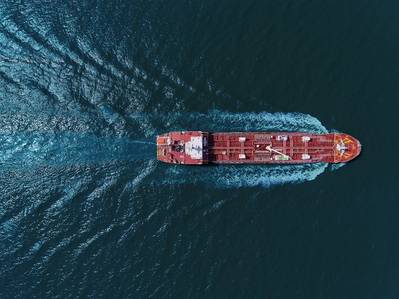 Disruption to shipping from the long-anticipated switch to more environmentally friendly marine fuels has finally arrived, exacerbated by logistical problems as much as any shortage of the cleaner fuel.

New International Maritime Organization (IMO) rules, referred to as IMO 2020, aim to stop ships from using fuels containing more than 0.5% sulphur unless they are equipped with exhaust-cleaning systems known as scrubbers.

The new regulations have been on the radar http://news.trust.org/item/20180517070029-nrdul since 2016, with no prospect of any extension to the 2020 deadline, prompting concern from oil producers, storage operators and shippers and multiple warnings over the potential for a chaotic switch.

With only a minority of ships in the global fleet having installed scrubbers, the oil industry had feared refiners would not be able to make enough diesel and VLSFO. But delays appear to be more down to a lack of refuelling barges than the fuel itself, with sources saying that major ports are running 10 days behind schedule across fuel types.

"It's a very disrupted bunkering market," one senior industry executive said of the ship fuelling sector, declining to be named because of company policy. "There is enough product in most places but it's the barge availability that's a problem.

The executive said that first availability in Singapore is not until Dec. 15 for the 0.5% grade -- a long 10-12 day wait compared with the usual 3-5 days. There have been similar delays at Brazilian ports and in the busy Mediterranean terminals of Gibraltar and Malta, he added.

The delays have been creeping up steadily in recent weeks as ship owners swap to the cleaner fuels ahead of the fast-approaching deadline.

Shipping sources said there have also been delays of about a week at the Middle East hub of Fujairah.

The barge problem stems from the need for them to be cleaned before transporting different types of fuel, and many were converted to carry only cleaner grades in a process that can take a week.

Furthermore, barges that carry fuel from storage to individual ships now have three rather than two grades to handle and many more ships will require combinations that increase the number of barge trips to each vessel.

"The problem is you've got twice as much product potential but no one built more barges," one of the shipping sources said.

Tankers without scrubbers are also asking for smaller volumes of the more polluting HSFO.

“Imagine the time and logistics of bunkering 10 ships with 200 tonnes instead of 3-5 ships with 1,000 tonnes. It’s a lot busier," another shipping source said.

In the past week, one tanker expecting to load crude at the Black Sea port of Novorossiisk had to sail back to Istanbul for fuel because the Russian port was unable to supply the ship. In another instance, a tanker had to cancel a job after it was unable to secure fuel to reach its next port in time.

The disruptions are likely to worsen over the winter, when northern hemisphere ports may have to close because of bad weather.

The logistical problems don't end there, however.

In addition to refined VLSFO the fuel can be produced through blending. But the mingling of fuel from different sources can cause compatibility issues that clog engines.

The industry executive said there have been several cases of tankers having to discharge freshly loaded fuel because of quality issues, which can tie up barges for several days.

(By Julia Payne and Roslan Khasawneh, Additional reporting by Nidhi Verma in New Delhi, Noah Browning and Ron Bousso in London and Collin Eaton in Houston Editing by David Goodman)