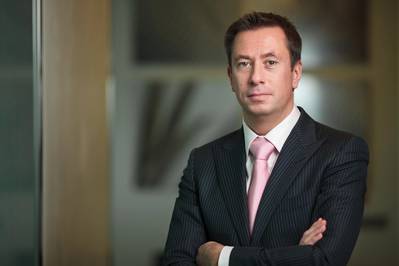 Sibur, in which Kirill Shamalov, son of an old friend of Russian President Vladimir Putin, is a major shareholder, plans to build a huge new processing plant, Zapsibneftekhim, in Tobolsk, Siberia.
In January Sibur obtained $1.75 billion from Russia's National Wealth Fund to help build the plant by 2020. Total investments are seen at $7.2 billion in 2016-2020.
Another plant in Tobolsk, Tobolskneftekhim, will increase LPG production by around 500,000 tonnes this year and by up to 1 million tonnes in total in 2017-2020 comparing to 2015, according to industry sources and Reuters calculations.
"The increase in capacity will lead to a rise in LPG exports in 2016-2020," Konov told reporters. He also said Sibur did not rule out launching LPG exports to Asia starting from 2018 thanks to construction of new export facilities in Russia's Far East.
LPG is best known to consumers as propane or butane used in heating appliances and vehicles. But it is also used in the petrochemicals industry and the electricity sector, acting as a replacement for diesel in generators and power stations.
Last year, Russian LPG exports, mainly to Turkey, Poland, Finland, Ukraine and Hungary, totalled 6 million tonnes, of which more than a half accounts for Sibur.
Last year, Sibur's revenue rose by 5.2 percent to 379.9 billion roubles ($5.7 billion)
($1 = 67.1747 roubles)

LNG imports to Poland via the Świnoujście LNG Terminal  keep rising and stood at 3.4 billion cubic metres in 2019 after regasification…