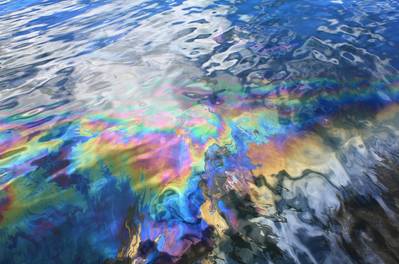 Oil company Taylor Energy Co LLC agreed to transfer a $432 million cleanup trust account to the U.S. government and pay an additional $43 million to resolve a lawsuit over its role in the longest-running oil spill in U.S. history under a proposed deal filed in New Orleans federal court on Wednesday.

The New Orleans company and federal officials filed a proposed consent decree to resolve claims arising from a 2004 incident when Hurricane Ivan caused one of Taylor's offshore drilling platforms to collapse in the Gulf of Mexico. The resulting oil leakage has been ongoing ever since, according to a Department of Justice statement on the deal.

Taylor does not admit to any liability as part of the agreement, which is subject to final court approval. Its lawyers did not immediately respond to a request for comment.

Nicole LeBoeuf, director of the National Oceanic and Atmospheric Administration's National Ocean Service, said in a statement that the settlement "represents an important down payment to address impacts from the longest-running oil spill in U.S. history."

The 2004 platform collapse damaged about two dozen oil wells. The federal government in 2007 ordered the company to plug and abandon the leaking wells, and in 2008 it entered into a trust agreement with Taylor funding the remaining work.

Under the proposed deal, Taylor will turn over the entirety of the fund to the Department of the Interior.

The consent decree also requires Taylor to pay more than $43 million in fines and in funds to clean up oil pollution related to the incident and to make up for damages the oil inflicted on natural resources such as fish.

The amount represents the value of the company's remaining assets, which will be liquidated, according to the DOJ statement.

The funds to compensate for the damage to natural resources, $16.5 million, will be shared between the state of Louisiana and the federal government, the statement said.

The deal also says that Taylor will drop three lawsuits against the United States in federal courts, including one that seeks the reimbursement of costs Taylor incurred for the cleanup.

Taylor only exists today as an entity charged with responding to the oil spill, according to its website.

The DOJ statement said that most of the leaking oil has been captured since mid-2019 by the U.S. Coast Guard through a contractor.

For United States of America: Rebecca Diaz of the U.S. Department of Justice