Fire safety has become a major concern in the container shipping industry, in particular, with vessels of 20,000-TEU and more entering the market. A fire in just one container can have catastrophic implications for the whole of the cargo. The very nature of container shipping means that the cargoes are in general finished goods of high value. Insurer Allianz gives the example of a March 2018 fire onboard the Maersk Honam southeast of Oman. At the time the ship was carrying 7,860 containers, corresponding to 12,416 TEU. Although the ship was less than a year old at the time of the incident, and consequently was fitted with the latest fire-fighting equipment, the damage to ship and cargo was severe, with five fatalities among the crew members.

The incident was one of the largest general claims on record, thought to be in the hundreds of millions of dollars - Allianz said a total loss would have seen damages of over $1 billion. The fire was not totally extinguished for weeks, and the salvage operation involved a further seven weeks before the ship could be towed to a port of refuge.

This is just one example from a growing list of large container ship fires in the last decade.

One of the major difficulties is that, despite IMO regulations, cargo is not being properly declared, so firefighters can never be certain just what they are dealing with. Insurers, including Allianz and the International Union of Marine Insurance (IUMI) say that both ship design and regulations governing fire-fighting equipment need updating to take into account the growing capacity of ultra-large containerships, minimizing fire risk and making it easier to extinguish and contain fires.

The rule-makers at IMO are aware of this – the Guidelines for Formal Safety Assessment for use in the International Maritime Organization’s rule-making process say that fire protection of new cargo ships with containerized cargo on deck should be improved. But implementation of such rules, and their subsequent entry into force, can stretch to many years. 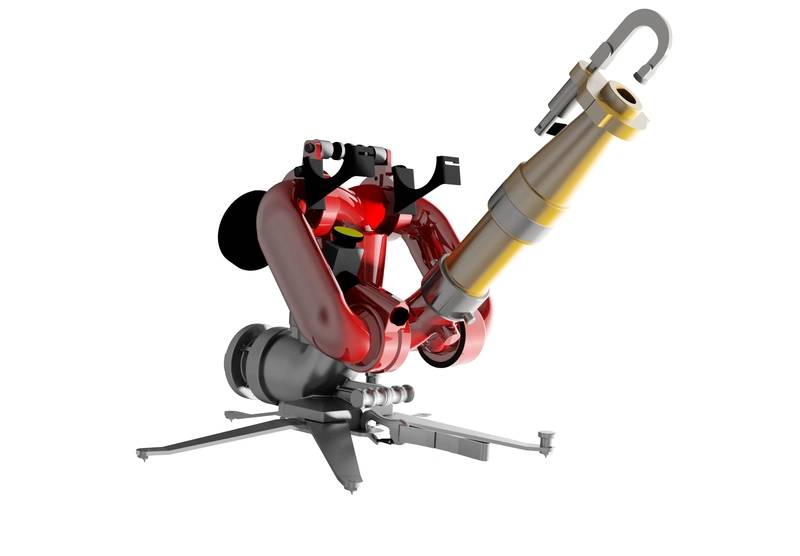 Survitec believes that such improved safety measures should be considered from the outset and should form the basis of the design process of any new container vessel. But it is not just ship design and equipment standards – the potential dangers of fire, and successful crisis management in the event of an explosion or conflagration must be embedded into the mindset of the crew. Although SOLAS regulations specify what type of firefighting system should be on board a specific ship type, UIMI points out that the rules were formulated with older, smaller general cargo vessels in mind, and haven’t kept pace with the size of many current ships.

Many containerships still carry CO2 deployment systems installed onboard, which many now deem be to ineffective where container fires are concerned. Below deck, CO2 systems are often effective and in common use. However, the gas cannot penetrate container walls and oxygen sealed inside containers will encourage fires to burn resulting in an reignition.  A lack of fire detection on deck is another potential problem. Reduced manning levels mean crew members are not able to keep a regular check on container temperatures.

Following the Maersk Honam fire, Maersk and ABS carried out their own evaluation on hazards which are not addressed in the IMDG code. As a result, Maersk’s own procedures have been modified – for example any container identified as carrying dangerous goods is not stowed near crew accommodation or the engine room, and fire-resistant cargo is stowed above deck. But these depend on cargoes being correctly declared.

Although some authorities check random containers and impose penalties for misdeclaration – a common practice to avoid higher cargo rates – in many cases such dangers are overlooked, with potentially serious consequences.

SOLAS says that containerships built after January 1, 2016 must have at least one water mist lance capable of penetrating a container wall, while if five or more tiers of containers are carried on deck, ships up to 30m wide need at least two mobile water monitors, and over 30m they need four.
Insurance companies are highlighting this issue with the latest reference being a presentation at IMO sub-committee SSE7. Additional measures may be required in a foreseeable future. Survitec is following this closely to be able to develop new safe fire products to serve our customers, said Erik Christensen, Technical Director Water and Inergen, Novenco Fire Fighting A/S, a Survitec Group Company. 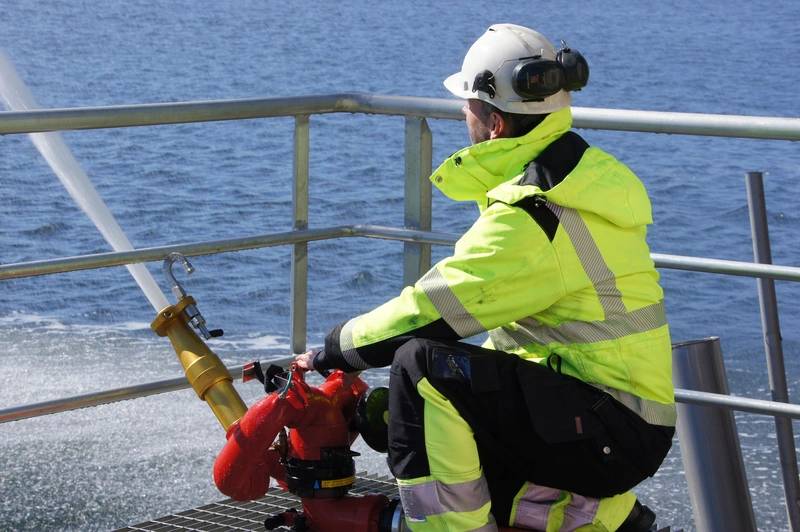 Survitec’s Novenco Fire Fighting (NFF) XFlow Mobile Water Monitor is used to protect the container deck area and the associated Water Mist Lance is used to protect container bays. In the event of a fire in a container, the water mist lance and the water monitor can be used together or independently. The water mist lance tool case contains a battery-operated drill, a fire hose and the lance itself. The equipment is designed to be easily carried, mounted and operated by one person. The lance is connected to the fire main using the hose in the tool case. For maximum effect the hole needs to be drilled at a significant height, and once lance is then inserted in the hole, it can operate unattended for as long as needed.
In terms of mobility, the Water Mist Lance comes in a practical tool case for storage and use, for ease of transport to significant heights of the top containers. Survitec’s water spray is discharged both vertically to protect crew from the heat, and horizontally to suppress the fire. Similarly, the Mobile Water Monitor boasts a nozzle pressure of 4.0 bar, the throwing distance is 40m and the monitor can protect up to 10 tiers of containers, and even more at high pressure. The flexibility of Survitec’s Water Mist Lance means the system can reach cabins, waste bin etc. and cars onboard the container ship and is equipped with a drill to penetrate the container wall quickly and safely. Requiring only one crew member to operate reduces the risk of danger to fellow crew members.

With only one waterway connection for fast response time from alarm to operation, the Mobile Water Monitor saves crew members time. With hydrant adaptors available, the dual-purpose nozzle is available for spray and jet functionality. With Survitec, inspection and servicing are part and parcel of these safety solutions. Survitec’s ethos of regular inspection and/or servicing, increases the probability of functionality of its systems when needed.