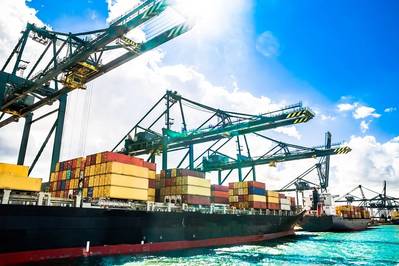 Abu Dhabi, the capital of the United Arab Emirates (UAE), has spent billions developing the port, which opened in 2012, as part of ongoing efforts to diversify its oil-rich economy.

Khalifa Port is on a man-made island roughly half-way between the centres of Abu Dhabi and Dubai, and about 60 kilometres (37 miles) south from Dubai’s huge Jebel Ali port.

Construction of the new terminal will include deepening berths to make Khalifa Port capable of handling the world's biggest bulk cargo vessels, state-owned Abu Dhabi Ports said in a statement on Monday.

Swiss-based MSC will invest 4 billion dirhams ($1.1 billion) over the life of the concession in operational equipment which will include increasing the number of ship-to-shore cranes from 12 to 25, it said.

"We are confident that with this investment we will continue to ensure a high level of service for our customers and have the capacity to grow the scale of our operations in the UAE,” MSC's President and Chief Executive Officer Diego Aponte said.