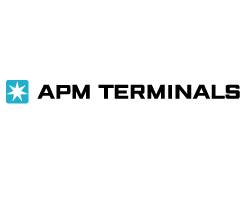 APM Terminals Poti in Georgia is Europe’s newest gateway to the Caucasus and Central Asia, projected to be among the pace-setters ineconomic development and trade growth.

Poti, Georgia – In line with APM Terminals investment strategy in high growth markets, the company has announced the acquisition of an 80% share in Poti Sea Port, which is located on Georgia’s Black Sea coast. The shares have been bought from Ras Al Khaimah Investment Authority (RAKIA) of the United Arab Emirates.

Strategically‐located, Poti Sea Port is the largest port in the Republic of Georgia handling liquid and dry bulk, ferries as well as containers. It has 15 berths, with total berth length of 2900 meters and more than 20 quay cranes. The port currently serves as the European gateway for international trade in Georgia, Armenia and Azerbaijan, and is ideally located to become a future hub for Central Asia trade.

Poti Sea Port has experienced high growth over the last decade and the fundamentals for continued solid growth remain. “The Black Sea region has a strong potential, with its skilled and industrious labor force and its mineral resources. With fast economic growth, the region’s importers and exporters will require high quality port infrastructure, and so naturally it is a market in which we have great interest. With our track record of world‐class port operations and development in all markets, we believe we can add a lot of value to Poti Sea Port to generate more business”, stated APM Terminals Senior Vice President and Head of New Terminals, Peder Sondergaard.

APM Terminals Poti will operate Poti Sea Port in a joint venture with RAKIA. Hans‐Ole Madsen, APM Terminals’ Vice President for Business Development stated: “RAKIA has done a great job in Poti over the last three years and we look forward to continuing to develop the port to expand Georgia’s role as a regional logistics hub.”

The company plans investments in upgrading and expanding the port facilities to meet APM Terminals’ world‐class performance levels in productivity and safety. “We expect to invest USD 100 million over the next five years“, added Peder Sondergaard.

Poti Sea Port is located in Georgia which has a strong record as a business friendly economy, coming in 12th on the World Bank’s 2011 ‘Ease of Doing Business’ global ranking. It is the highest ranked economy in the Black Sea region for ‘ease of doing business’. “The Government of Georgia has done a remarkable job implementing its market‐friendly economic reform program. We look forward to working with the Government, with whom we share the ambition of developing Poti Sea Port into a world class port”, said Hans‐Ole Madsen. The Georgian National Statistical Office indicates the economy expanded by 6.4% GDP in 2010.