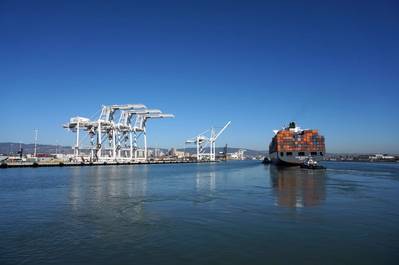 "All of our marine terminals are open this morning and operations are normal," a port spokesman said.

The law, formally known as AB5, would make it harder for businesses that rely on freelance workers, also known as gig workers, to classify them as independent contractors.

Trucking industry legal challenges have delayed enactment of the law for more than two years.

The U.S. Supreme Court declined to take up a lawsuit from the California Trucking Association on June 30, clearing the way for an injunction to be lifted.

Independent operator Ricardo Gil said he got out of the line of truckers waiting to enter the port early on Monday after waiting nearly two hours.

"We were very close to getting what we want. Everyone owns their own truck, there's not much you can do," said Gill, 62.