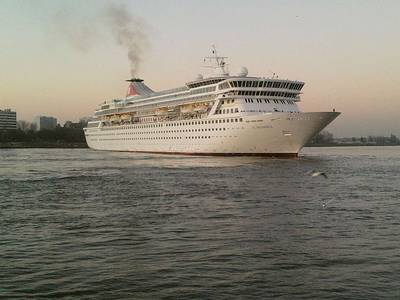 A cruise ship steamed out of the British city of Southampton Sunday to retrace the route taken by the legendary ill-fated ocean liner Titanic 100 years ago, reports VOA.

Many of the passengers sailing to New York on the Balmoral are relatives of those who lost their lives when the Titanic hit an iceberg and sank in the North Atlantic on April 14, 1912.

The memorial cruise includes a stop at the spot where the Titanic went down. Passengers and crew will take part in a remembrance service.

The operators of the Balmoral have set out to reconstruct shipboard life as close to what it was like on the Titanic. Some of the passengers are wearing vintage 1912 clothes, and a live band will play music from the era.

More than 1,500 people died when what was supposed to be an unsinkable ship went down in the icy North Atlantic.

The Titanic disaster has since become the subject of books, movies and folk songs. The remains of the ship still rest on the ocean floor.