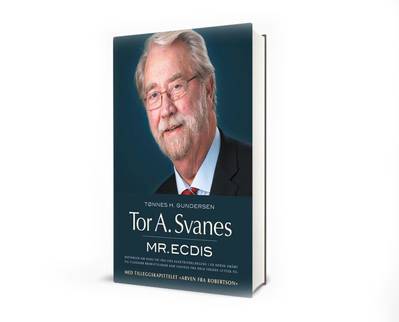 NAVTOR CEO Tor Svanes is "Mr. ECDIS", at least that't the title he's been given in a new book charting his life story as well as his role in the development of maritime e-Navigation.

Author Tønnes H. Gundersen details the voyage that took Svanes from electrician’s apprentice in the small town of Egersund, Southern Norway, to a globally renowned figure in this key smart shipping niche. And, Svanes is keen to add, the journey isn’t over yet.

Gundersen spent more than two years researching, interviewing and writing the 300-page opus, which was launched today in both English and Norwegian versions. The author says the publication operates as a biography, but also as a history book, interweaving Svanes’ personal development with the evolution of technology that is now essential to unlocking safer, smarter, simpler and more sustainable shipping and business operations.

“It’s a fascinating story,” said Gundersen . “Tor is very well known and respected in the local community here in Norway, and with those familiar with the move to digital charts and continual e-Navigation innovation… but his is a tale deserving of a far wider audience.

“From humble beginnings in a working-class family he’s shown incredible ambition, inspiration and dedication – even when forced out of high-profile industry positions – to commit himself to a cause that has delivered huge benefits for the maritime industry. At the end of the day his legacy won’t be the products and services he’s developed, but the lives they’ve saved, the efficiencies they’ve unlocked, and the environment they’ve protected. The book may be finished, but I’m looking forward to the next chapter!”

Svanes led C-Map Norway as CEO, building the company into the world’s leading supplier of digital charts before a disagreement with Boeing-owned Jeppesen Marine (which acquired the business in 2007) forced him out in 2011. From that point he followed his own vision, founding NAVTOR and pushing the envelope of e-Navigation development. The company quickly launched the first type-approved, cloud-based Pay As You Sail digital chart service, before going on to develop an entire eco-system of world first innovations centred on seamlessly sharing data between ship and shore, accelerating shipping into the digital age.

Today, NAVTOR has products and services on over 7000 vessels worldwide and has made the move into performance monitoring and optimization, as well as digital logbooks. The business has regional offices in Norway, Singapore, Japan, Sweden, Germany, Russia, Poland, the United States, and the United Kingdom, with customers in more than 60 countries.

“I may have been given the title 'Mr. ECDIS,' but for me it’s about the story of digital development and how innovation can make life simpler, safer and smarter at sea, rather than any one personality," said Svanes. "It’s also important to underline that none of this could ever be achieved individually. It’s always about the team effort, so I’d really like to thank all our customers, employees, backers and supporters over the years. This is a voyage we’ve made together… and we’re not at our destination just yet. There’s plenty more developments, and benefits, to come.” 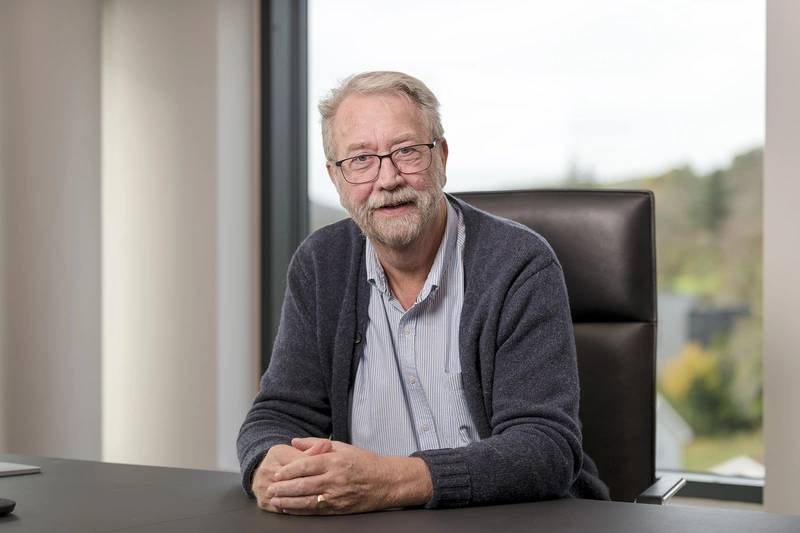