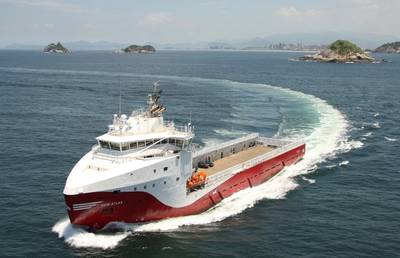 Total E&P do Brazil has declared the first of two options for the PSVs Siem Atlas and Siem Giant, and both vessels are now firm until June 2023.