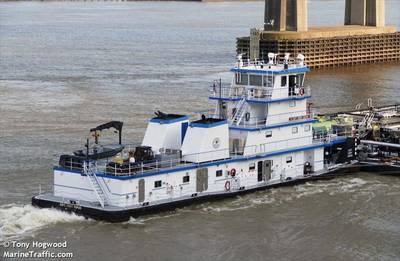 A section of the Ohio River was closed to vessel traffic on Tuesday due to towboat fire near Belleview, Ky.

The U.S. Coast Guard said it issued a waterway restriction between mile marker 499 and mile marker 501 on the Ohio River after a fire reportedly broke out in the engine room aboard the towing vessel Capt. Kirby Dupuis.

The vessel's crew was able to extinguish the fire with its fire suppression system, but a re-flash occurred, the Coast Guard said.

Authorities said the fire has been extinguished, and its cause is being investigated. No injuries or pollution have been reported.

The waterway restriction was lifted Tuesday at approximately 2:18 p.m.

"The Coast Guard has determined that transit through the Ohio River from mile marker 499 to mile marker 501 is safe for maritime traffic," said Steven Earles, Sector Ohio Valley Command Duty Officer, "We appreciate the cooperative efforts of our federal, state, and local partners in ensuring the safety of our waterway."