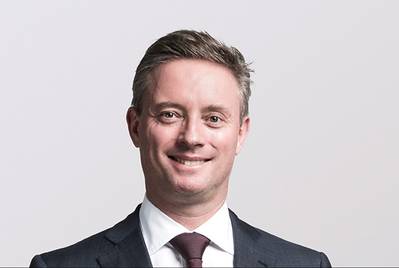 The Geneva-based trader's net profit rose to $2.1 billion for the period ending March 31, from 500 million the previous year. The company's financial year ends on Sept. 30.

Revenue rose 19% to $98 billion while core earnings were $3.7 billion, up over 50% from a year before. Gross profit rose similarly to $4.3 billion from $2.8 billion, with the oil trading division accounting for 65% of the total and the remainder provided by the metals and minerals division.

The new power and renewables division, which is expected to become a third pillar for the firm, had a "small loss" in the first half but expects a full-year profit, the company said in its results.

Demand for basic commodities, particularly oil, crashed in April last year at the peak of the COVID-19 crisis before rebounding late in the year, particularly after a push for vaccinations began.

Volatility from the temporary closure of the Suez Canal by a stuck cargo ship and extreme cold weather snaps in parts of Asia and the southern United States helped boost returns in early 2021.

The firm said that its metals and oil divisions had increased traded volumes and higher margins during the period, with the gross profit margin rising to 4.3% from 3.8% for the same period during its 2020 financial year.

“The Trafigura Group has emerged strengthened from the disruption caused by the COVID-19 pandemic," Chief Executive Officer Jeremy Weir said.

"While we do not expect to match the first-half results in the second half of this financial year, we do expect very strong performance for the full year and look with increasing confidence to 2022."

The firm's traded oil volumes recovered in the first half to 6.4 million barrels per day (bpd). They fell to 5.6 million bpd during full-year 2020 when major oil producers shuttered production as COVID-19 lockdowns crippled demand.

(Reporting by Julia Payne in London Editing by Matthew Lewis)