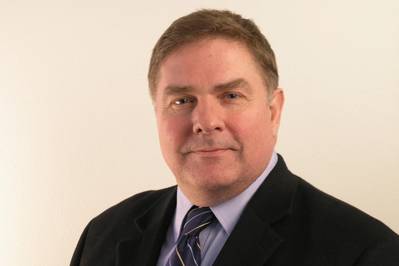 Mercy Ships provides free health care, community development, health education and agriculture projects, mental health programmes and palliative care. “The donation from Seagull increases the skills of our crew, and the onboard training programmes will allow us to direct even more of our resources to the people of Africa,” said Arvid Solheim, National Director - Mercy Ships Norway.

“Prior to this donation it was necessary for Mercy Ships to fly crew away from the ship for training courses. The fact that the training is now available onboard our ship means the benefits of Seagull’s donation are two-fold.”  Captain Lance Savaria, Director of Sales and Marketing - Seagull Norway said it was the company’s hope that the donation of seafarer training software to the Africa Mercy would benefit the seafarers working onboard. “We are very proud to make this practical contribution to such a worthy cause and look forward to supporting Mercy Ships well into the future. We urge others in the maritime community to provide their support in whatever way they can,” Captain Savaria added.

The Africa Mercy has the capability to perform approximately 7,000 surgical tasks each year and is currently in the final month of a 10-month field service deployment in Sierra Leone, a country the charity has visited seven times over the last 19 years. Once this is completed the vessel will sail to Ghana for a scheduled dry-docking before undertaking six months’ field service in Togo. Mercy Ships is headquartered in Garden Valley, Texas and operates from 17 resource centres in Australia, Belgium, Canada, Denmark, France, Germany, The Netherlands, New Zealand, Norway, South Africa, South Korea, Spain, Sweden, Switzerland and the United Kingdom.

The organisation was founded by Don and Deyon Stephens who, in July 1978, acquired the first vessel, the retired ocean liner Victoria, for around £600,000. Over the course of the next four years the vessel was transformed into an 11,701 tonne floating hospital with three operating theatres and a 40-bed ward. Since 1978, Mercy Ships has provided services in developing nations valued at more than £500 million, including performing more than 56,000 life-changing operations such as cleft lip and palate repair, cataract removal, orthopaedic procedures, facial reconstruction and obstetric fistula repair.

More than 520,000 patients have been treated in village clinics and more than 98,000 dental patients have received treatment. Mercy Ships has trained over 29,000 local health care professionals, taught 138,000 local people in basic health care and completed over 1,095 community development projects focusing on water and sanitation, education, infrastructure development and agriculture.

Among the many global leaders who have paid tribute to Mercy Ships is Nelson Mandela, the universally revered former president of South Africa. “I applaud Mercy Ships in their efforts of transformational development as they make a lasting difference in a world of need,” he said.
“Mercy Ships has committed to the vision of an African renaissance in their vision of bringing hope and healing to the continent of Africa. I salute the vision and mission of Mercy Ships and ask that you join me in supporting their noble work and contribute to make this world a better place."
Ellen Johnson-Sirleaf, president of Liberia and one of three joint winners of the Nobel Peace Prize for 2011, said: "Mercy Ships has shown great compassion on the Liberian people for a little more than a year since docking off the Liberian shores. On behalf of the Liberian people, I wish to thank all the volunteers on the ship who come from all over the world for their sacrifice and the comfort they have given to so many poor and needy."

In October, HRH The Princess Royal and her husband, Vice Admiral Sir Timothy Laurence, toured the Africa Mercy’s hospital deck and met patients and medical volunteers.
Judy Polkinhorn, Executive Director of Mercy Ships UK, who was on the ship at the time said: “This is Mercy Ships’ seventh visit to Sierra Leone and the team this year has worked extensively with the Ministry of Health and local hospitals to focus on capacity building and the training of local doctors, anaesthetists, nurses and other health professionals.”
Since February, Mercy Ships volunteer medical teams in Sierra Leone have performed more than 2,700 surgeries and 28,700 dental procedures and, over the last 30 years, the charity has worked in more than 70 countries providing services valued at £530million, affecting some 2.9million people.