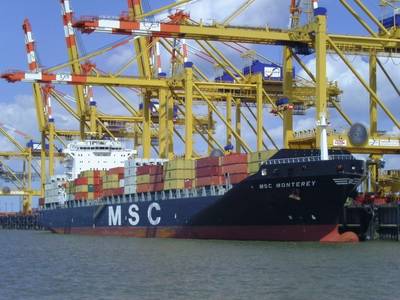 Two Cormorant helicopters from Gander, N.L., are on the scene of the threatened container ship off eastern Newfoundland.

Four non-essential crew members were hoisted by helicopter off the ship, leaving the remaining twenty on board to attempt to resolve the (so far unkown) problems facing the vessel.