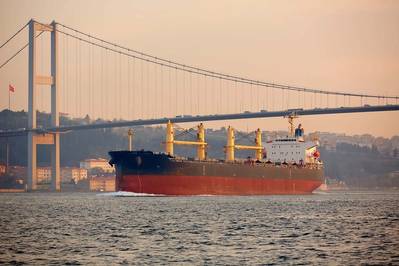 Turkey held its first tender on Thursday to prepare to build a huge canal on the edge of Istanbul, a Transport Ministry spokesman said, signaling progress on the project despite widespread criticism over its cost and environmental impact.

The tender was for the planning phase of reconstructing two historic bridges located in the area where the 45-km (28 mile) Kanal Istanbul, championed by President Tayyip Erdogan, is expected to run.

The canal will connect the Black Sea north of Istanbul with the Marmara Sea to the south and is estimated to cost 75 billion lira ($11.6 billion). The government says it will ease shipping traffic on the Boshphorus Strait and prevent accidents there.

But the canal, like many other infrastructure mega-projects built under Erdogan’s 17-year rule, has been criticised by opponents who say it will wreak environmental havoc and pollute fresh water resources.

Five companies bid on Thursday for the planning of the reconstruction of the historic Odabasi and Dursunkoy bridge, state-owned Anadolu news agency said. The valid bids ranged from 408,000 lira ($63,500) to 550,000 lira.

The project, which was effectively on hold after a currency crisis in 2018 drove the economy into recession, came back on the agenda in December, leading to heated exchanges between Erdogan and Istanbul mayor Ekrem Imamoglu, a member of the main opposition party.

Imamoglu said spending resources on the canal while Turkey combats the coronavirus outbreak was “mind boggling”, adding that 50,000 families had applied to the Istanbul municipality for support due to the economic impact of pandemic.

“Why don’t we spend our resources for our people instead of spending our resources on Kanal Istanbul, which to us is a weird project?” he said.