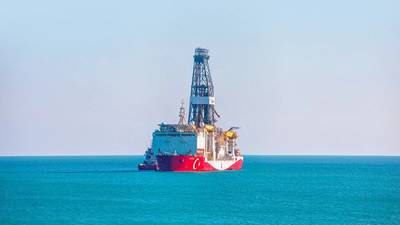 Turkey may begin oil exploration in the eastern Mediterranean within three or four months under a deal it signed with Libya that was condemned by others in the region including Greece, Energy Minister Fatih Donmez said on Friday.

Greece, Cyprus and others oppose the accord and call it illegal, an accusation Ankara has rejected. The European Union also opposes the maritime deal that was signed alongside an agreement for Turkey to provide military support to the GNA, which has battled forces based in eastern Libya for more than a year.

Speaking at a ceremony to mark the launch of Turkey's Fatih oil-and-gas drilling ship to the Black Sea, Donmez said Turkish Petroleum (TPAO), which had applied for an exploration permit in the eastern Mediterranean, would begin operations in areas under its license after the process was completed.

"Within the framework of the agreement we reached with Libya we will be able to start our oil exploration operations there within three to four months," Donmez said. Turkey's new Kanuni drill ship would also go to the Mediterranean later this year, he added.

The move could further stoke tensions in the region, where Turkey has been at loggerheads for years with Greece, Cyprus, Egypt and Israel over ownership of natural resources. Turkey could also face possible EU sanctions over its operations.

Separately, Donmez said the Fatih drill ship would hold its first operation in the Black Sea on July 15, the anniversary of a 2016 failed coup attempt. Friday also marked the anniversary of Istanbul's conquest by the Ottoman Empire in 1453.