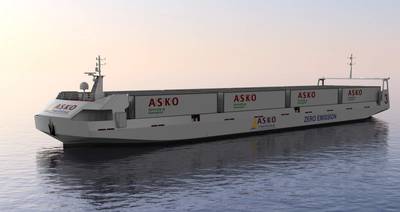 German propulsion systems manufacturer SCHOTTEL said it has been awarded a contract to deliver SCHOTTEL EcoPellers and PumpJets for two new autonomous RoRo ships. They will be operated by ASKO Maritime AS, Norway’s largest grocery wholesaler, and built at Cochin Shipyard (CSL) in India. Both vessels will have full battery-electric propulsion and are designed for transporting trailers across Oslo Fjord between two of ASKO’s distribution centers.

Kai Just Olsen, Director of ASKO Maritime, said, “We have a clear ambition to be climate neutral and have set ambitious goals, including being a self-sufficient provider of clean energy and having 100% emission-free transport by 2026. These innovative ships are key to fulfilling that ambition and will form an essential component of a zero-emissions logistics chain linking our facilities.”

The main propulsion system of each vessel consists of one medium-sized SCHOTTEL EcoPeller type SRE 210 (500 kW) driven by an electric motor. This motor will be electrically powered by a battery bank with 1,846 kilowatt-hours capacity.

An electrically powered SCHOTTEL PumpJet type SPJ 57 (200 kW) will be fitted at the bow to act both as thruster and take-home system. The compact SPJ will improve maneuverability.

The vessels will be fitted with a bridge forward and initially they will be operated with a crew on board. Once established, the vessels will operate fully autonomously for ASKO with the ability to transport 16 fully loaded standard EU trailers at a time. These will be stowed on the open deck with a loading ramp at the stern.

The operating speed will be 10 knots and it is anticipated that this mode of trailer transport will replace over 2 million road miles per year, in turn saving around 5,000 tonnes of CO2 every year.

The 67-meter long vessels have been designed by Naval Dynamics in Norway. They will be built under DNV GL classification and flagged in Norway. The contract includes options for two further vessels.

Both vessels are scheduled to enter operation in January 2022. 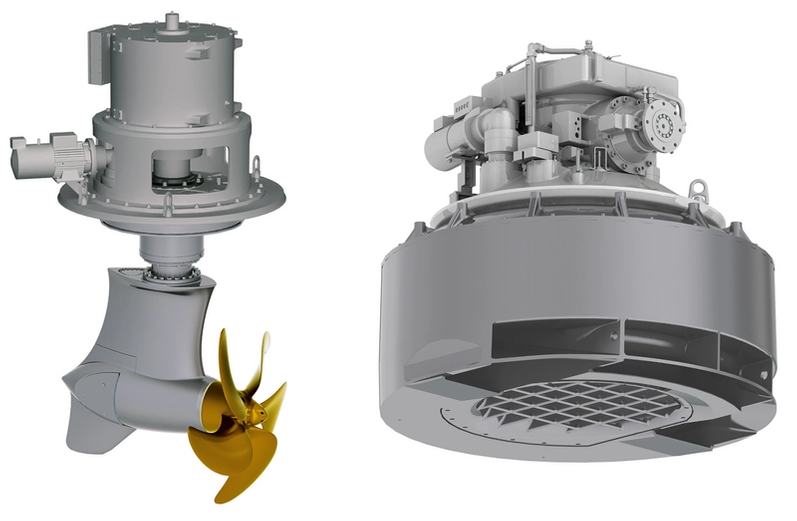