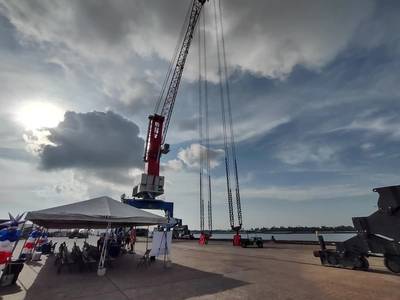 The Port of South Louisiana officially dedicated and named its two Konecranes Gottwald Model 6 Portal Harbor Cranes for its public facility, the Globalplex Intermodal Terminal Dock along the Mississippi River. These cranes have increased the Port’s capacity for handling bulk materials and will allow for the handling of containers and project cargo.

As the nation’s leading grain exporter and one of the Western Hemisphere’s largest tonnage ports, the Port of South Louisiana is a sea gateway for international trade and commerce. To accommodate for increased throughput tonnage and the need for efficiency, the Port saw the need for new, updated equipment at its Globalplex facility, located in Reserve, La. and on the east bank of the Mississippi River.

“These investments that have been made in the infrastructure at the Port of South Louisiana are not only increasing productivity and efficiencies here at the Port, but they are also creating indirect jobs for Louisiana families,” said Paul Matthews, Chief Executive Officer. “Today we are making it clear that we will continue to make these investments in our infrastructure so that we can get the goods that families and businesses depend on every day, especially during these challenging times with supply chain issues.

The purchase of the $12.6 million cranes was funded in part (90%) by $11.4 million from LA DOTD’s Port Construction and Development Priority Program.

“There is no investment our state can make that has a bigger return than investing in our ports,” said Renee Lapeyrolerie, Commissioner, Office of Multimodal Commerce - Louisiana Department of Transportation & Development. “The Port of South Louisiana is literally feeding and fueling the world and our department is proud to have collaborated with the River Region’s legislative delegation and Port officials to make this project a reality.”

The two new cranes, named the Iris and the Cypress, have a maximum lifting capacity of 125 tons. These flexible machines offer the potential for continuous-duty bulk material handling or heavy project cargo, but they’ll also include a boom-top cable reel to operate electric spreaders for container handling. Included are smart crane features such as cargo-hold totalizer, hoisting height and working-range assistants. Further, web reporting and remote desktop control utilize the latest technology that add ergonomics, efficiency, and safety to crane operation and performance. 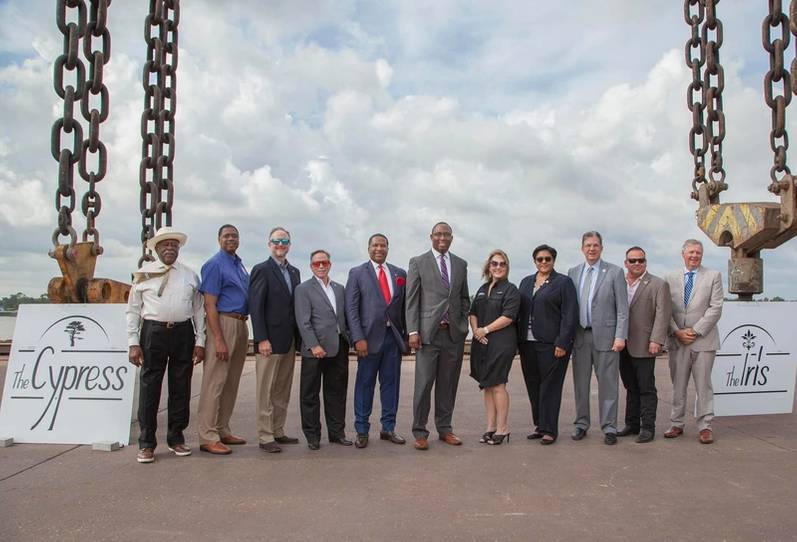