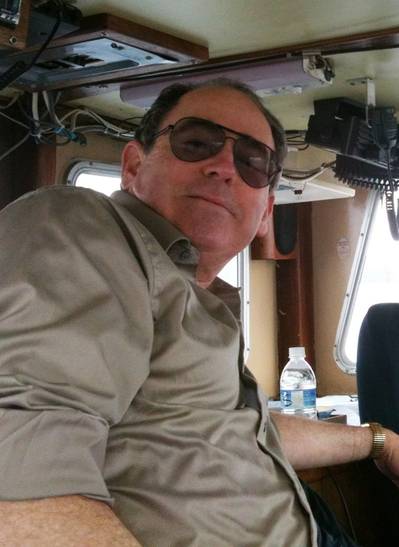 As tourism increases so will the demand for trained, licensed employees and sea pilots navigating the Inside Passage and a new University of Alaska Southeast (UAS) scholarship endowment was inspired to do just that.

The Captain Michael A. Clinkscales Maritime Scholarship has been established to support UAS students enrolled in marine transportation courses.

Fellow sea pilots led the cause to raise more than $38,000 in honor of “Clink,” a man who was known to inspire and encourage others in the maritime trades. The endowment generates investment earnings that will provide a minimum $1,000 annual scholarship in perpetuity. Additional contributions may increase that amount.

“Mike was a gentleman sailor who was generous with his family, friends and those less fortunate than him. He was rightfully proud of his journey up the hawsepipe and hopefully this scholarship will encourage others to embark on a similar career path,” said Ketchikan mariner Diana Chaudhary, who taught marine transportation courses as an adjunct professor at the Ketchikan Campus. Chaudhary and Tomi Marsh, a fellow sea pilot and fisherman who was mentored by Clinkscale, led the charge to create the scholarship in Clinkscales’ memory.

Many fellow sea pilots like Werner Sund echoed their sentiments. “He was a special guy, you were glad to have him in your life,” said Sund. “This scholarship is perfect, it really reflects what he did to help others get into the industry.” Werner, himself retired, noted that there is an awareness among retired sea pilots that they are a greying industry. He hopes that the scholarship might spur interest in the field.

Mike LaBarge, UAS Assistant Professor of Maritime Studies, shares that sentiment. “Most who are pursuing these classes are paying for it on their own and taking one or two classes to get the next license upgrade, a better job or just get started in the industry,” says LaBarge, who works out of the newly upgraded UAS Ketchikan Maritime Training Center. The center boasts a state of the art maritime bridge simulator, welding and diesel labs.

LaBarge says students who take the training are able to get out the door and get high paying jobs relatively quickly, whether it’s working as a mariner in tourism or working in the commercial fishing industry, on ferries or tugboats. LaBarge says, “We are doing our best to provide an avenue for folks who want to get on the water and also support those who are already in the industry.”

All classes are U.S. Coast Guard approved and take advantage of hand-on waterfront training so that students are well prepared for real life situations. Students can earn an Occupational Endorsement or a two-year Associate of Applied Science in Marine Transportation with a Deck or Engine Room Emphasis.

Cynthia Clinkscales reflected on the years that her husband dedicated to the trade, starting as a pot washer on the Tustumena. She recalled a story when Michael was out chipping ice off the rails of the ship, looked up and saw the captain on the bridge sipping coffee, and thought; “that’s where I am going to be.” Cynthia says, “He worked his way up from pot-washer to captain. It would be great for students to see that if they work hard and have the resources they can get there, too.”

UAS has the coursework needed to put students on the path to successful maritime careers. Learn more about the marine transportation programs available at the UAS Ketchikan Maritime Training Center at uas.alaska.edu/ketchikan/krmcc.

Donations to the Captain Michael A. Clinkscales Maritime Scholarship may be made at engage.alaska.edu/UAS or by texting the word CLINK to 41444. Students enrolled in marine transportation courses can apply for the scholarship at alaska.academicworks.com.