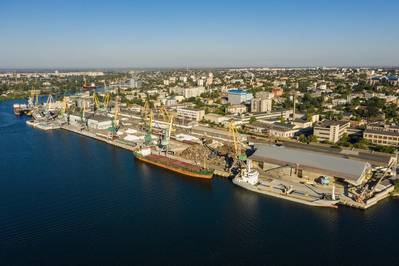 Ukraine’s army accused Russia on Sunday of the large-scale destruction of civilian vessels moored on the banks of the Dnipro River in the occupied southern region of Kherson that Kyiv’s forces are trying to capture.

Ukrainian forces have been piling pressure on Russian troops on the western bank of the Dnipro that bisects Ukraine, fueling speculation that Moscow’s troops are preparing to retreat to the other side.

The Ukrainian General Staff’s spokesperson said in a statement that the fuel from the destroyed vessels had leaked into the river’s delta and also accused Moscow’s forces of appropriating the vessels’ engines and other equipment.

The Ukrainian General Staff gave no explanation for Moscow’s actions. Destroying civilian vessels would prevent Ukrainian forces from using them should they decide to cross to the eastern side in the event of any Russian withdrawal.

There was no immediate comment from the Russian Defense Ministry.

The statement fitted into a pattern of mounting tension in the region where Russian-installed occupation officials said on Sunday that an act of sabotage had knocked out power and water supply in the city of Kherson and a number of settlements.