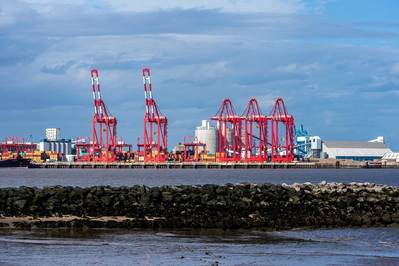 Around 600 workers at Liverpool port, one of Britain's busiest ports, will end strike action after agreeing a pay deal with employer Peel Ports, the Unite union said on Thursday.

Unite said workers had voted "overwhelmingly in favor" of pay rises worth 14.3%-18.5% negotiated earlier this week, ending a wave of strike action that began on Sept. 19.

The port in Liverpool, northwest England, handles more than 70 million tonnes of cargo from across the globe, according to Peel Ports.