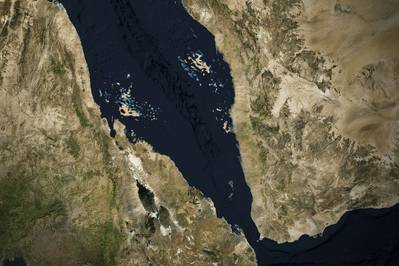 The United Nations said on Tuesday it was still waiting for Yemen's Houthi group to authorize deployment of an assessment team to a decaying oil tanker that is threatening to spill 1.1 million barrels of crude oil off the war-torn country's coast.

Two weeks ago U.N. aid chief Mark Lowcock told the U.N. Security Council that Houthi officials had agreed to allow a U.N. team to conduct a technical assessment and whatever initial repairs might be feasible on the Safer tanker.

U.N. Yemen mediator Martin Griffiths told the 15-member council on Tuesday: "We are still awaiting the permissions necessary for this team to deploy."

The Safer tanker has been stranded off Yemen's Red Sea oil terminal of Ras Issa for more than five years. Earlier this month the Security Council called on the Houthis to facilitate unconditional U.N. access to the tanker as soon as possible.

Yemen has been mired in conflict since the Iran-allied Houthi group ousted the government from the capital Sanaa in 2014. A Saudi-led military coalition in 2015 intervened in a bid to restore the government.

Lowcock earlier this month said a U.N. team could deploy within three weeks of receiving all necessary permits.

"An independent and expert driven assessment is critical ... to allowing us to fully understand the scope, the size, the threat of this issue and the possible solutions to it," Griffiths said on Tuesday.

Lowcock has said that on May 27 water began leaking into the engine room, threatening to destabilize the tanker and that while divers from the Safer Corporation were able to fix the leak "it is impossible to say how long it might hold."

The United Nations has warned that the Safer could spill four times as much oil as the 1989 Exxon Valdez disaster off Alaska.