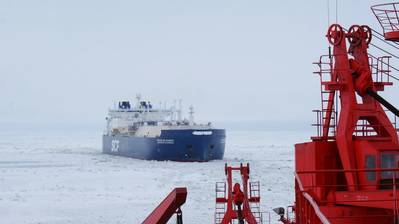 Commissioned in 2017, Christophe de Margerie is the world’s first icebreaking LNG carrier and the lead ship in the series of ice class Arc7 vessels with a cargo capacity of 172,600 cubic meters each, purpose designed for serving the Yamal LNG project year-round in the Russian Arctic. (Photo: Sovcomflot)

The Russian vessel owner said the event marked the first time in the history of the shipping industry that a large-capacity vessel of this class has passed along the Northern Sea Route eastwards in May when the ice conditions in the eastern sector of the NSR are rather difficult. Traditionally, navigation in the area is opened only in July.

Novatek said that the 2,563 nautical miles long journey across the NSR to the Bering Strait took 12 days.

"The voyage took place before the traditional start of the summer navigation season in average ice conditions, with the maximum ice thickness on the route reaching 1.3 meters. Eastbound transportation of LNG along the NSR is not normally performed in May as this represents one of the most difficult months for navigation," Novatek said.

The Christophe de Margerie left the port of Sabetta on May 18, 2020, passed the Ob Bay and a part of the Kara Sea without icebreaker assistance and then met with Atomflot’s nuclear icebreaker Yamal, which escorted the tanker with ice navigation on the Еastern part of the NSR. The tanker will deliver an LNG cargo produced at Yamal LNG to China. 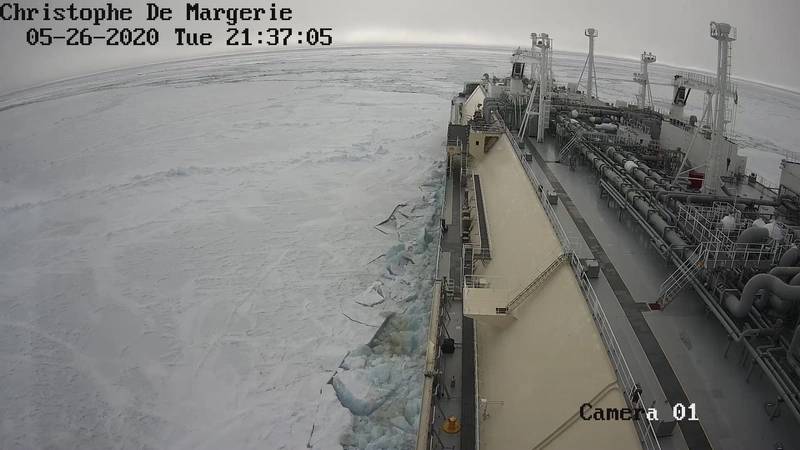 For Christophe de Margerie, the current voyage became the 45th since the start of Yamal LNG’s operations. (Photo: Sovcomflot)

Igor Tonkovidov, General Director - Chairman of the Management Board of Sovcomflot said, "The May cruise of the Christophe de Margerie tanker via the NSR allows us to take another step towards unlocking the transit potential of the Northern Sea Route and significantly expand the window of transport opportunities, which increases the efficiency of Arctic industrial projects."

"This unique tanker voyage is the result of Novatek’s detailed logistics solutions, exceptional ice performance of our Arctic LNG tanker fleet and the coordinated work of the entire team. We are grateful to the crews of the “Christophe de Margerie” LNG tanker and the “Yamal” nuclear icebreaker, who both demonstrated high professionalism in harsh Arctic conditions, representing the best traditions of the Russian school of navigation,” noted Leonid Mikhelson, Novatek’s Chairman of the Management Board.

"We are actively working to expand the eastbound navigation season for the NSR and looking forward to further development of state support for this trade route by increasing icebreaking capabilities as well as full-scale navigation and hydrographic assistance for shipping. This support allows us to significantly contribute to the annual cargo turnover along the Northern Sea Route by implementing our large-scale LNG projects to produce up to 70 million tons by 2030." 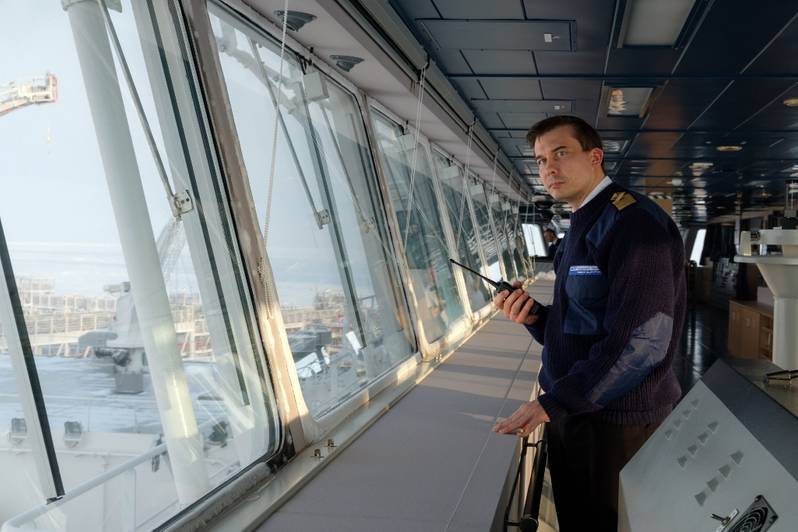 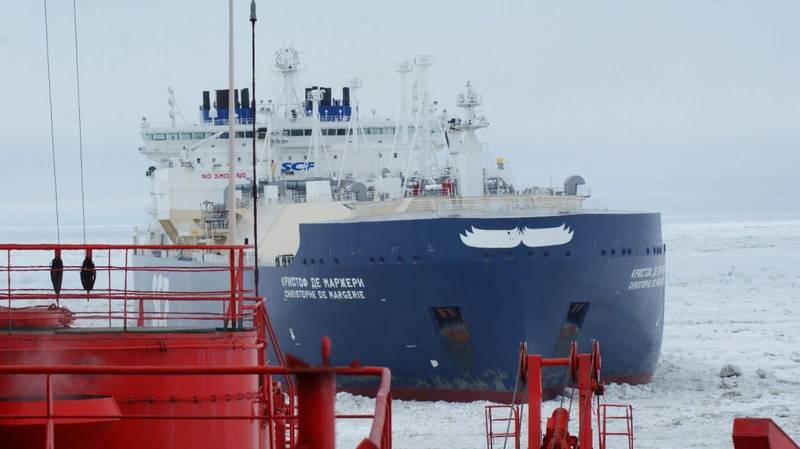