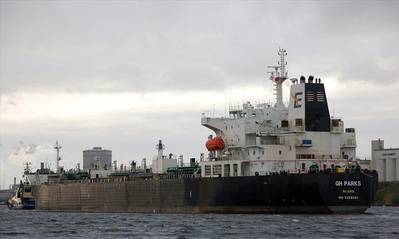 The Biden administration on Wednesday approved a waiver of U.S. shipping rules to address Puerto Rico’s immediate energy and other essential needs in the wake of a devastating hurricane.

Homeland Security Secretary Alejandro Mayorkas said he approved "a temporary and targeted Jones Act Waiver" to ensure Puerto Ricans "have sufficient diesel to run generators needed for electricity and the functioning of critical facilities after Hurricane Fiona." The waiver will allow the use of often cheaper or more readily available foreign-flagged vessels.

An estimated 349,000 homes and businesses remained without power in Puerto Rico on Wednesday after Hurricane Fiona hit Sept. 18, causing an island-wide power outage for its 3.3 million people.

The Jones Act is a 1920 law that requires goods moved between U.S. ports to be carried by U.S.-flagged ships. On Tuesday, Puerto Rico Governor Pedro Pierluisi asked the White House for a waiver to increase the availability of fuel after the storm.

A group of eight House lawmakers including Nydia Velázquez, Jesus "Chuy" Garcia and Alexandria Ocasio-Cortez last week had asked Mayorkas for "a one-year waiver from the Jones Act for Puerto Rico" which faces "an unprecedented uphill battle to rebuild its homes, businesses, and communities."

Mayorkas noted that in 2020, Congress eliminated the U.S. Government’s authority to issue long-term comprehensive waivers except if required to "address an immediate adverse effect on military operations." All other waivers, DHS said, "must be reviewed on a case-by-case basis."

A tanker called GH Parks carrying diesel is currently near Puerto Rico's southern coast after sailing from the United States, according to Refinitiv Eikon data. The vessel appeared to be impeded from discharging due to the Jones Act.

In 2017, DHS under then President Donald Trump waived the Jones Act requirements for one week to allow oil and gas operators to ensure enough fuel reached emergency responders during Hurricane Irma and following Hurricane Harvey.