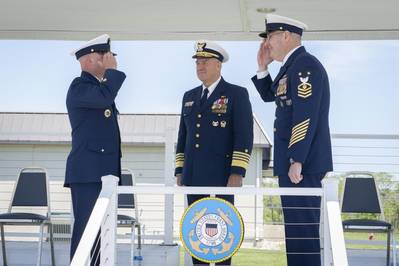 Vanderhaden also retired from the Coast Guard after 34 years of service to the nation directly following the ceremony and received the Coast Guard Distinguished Service Medal.

“I’m grateful for the tremendous leadership of our senior enlisted leader corps and amazing Chief’s Mess, they are truly the backbone of our service,” said Vanderhaden. “It’s been an honor to serve as the 13th MCPOCG, and I look forward to observing the great work of our next leadership team.”