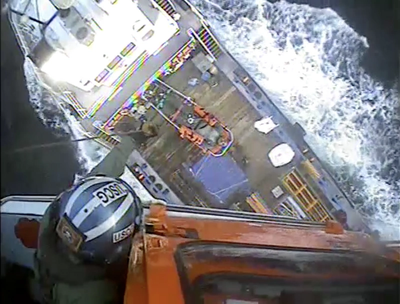 A 52-year-old man was medevaced Thursday from an offshore supply vessel about 36 miles southeast of Grande Isle, Louisiana.

The helicopter crew arrived on the scene, safely hoisted the patient, and transported him to University Medical Center in New Orleans.

The crewmember was last reported in stable condition, the U.S. Coast Guard said.