US Container Freight is Shrinking 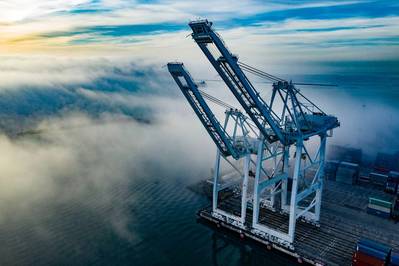 Container freight volumes at the largest U.S. ports were down 3.8% in September compared with the same month a year earlier, confirming the slackening of merchandise trade and downturn in the business cycle.

The ports of New York-New Jersey, Los Angeles, Long Beach, Savannah, Houston, Norfolk, Charleston, Seattle and Oakland account for the overwhelming majority of container ocean freight into and out of the United States.

Reporting results in recent days, most port operators blamed the drop on manufacturers and retailers cutting orders to reduce excess inventories as well as rotation from goods to services spending after the pandemic.

Parcel delivery services have experienced an even steeper drop; FedEx reported U.S. deliveries were down by around 10% in the three months from June to August compared with a year earlier.

Freight is reflecting a significant slowdown in consumer spending on merchandise over the last 12-15 months as economies have re-opened after the pandemic and spending has rotated to travel and other services.

Real consumer spending on merchandise in the three months from July to September 2022 was down by around 3.5% compared with the peak between April and June 2021, after adjusting for normal seasonal variations.

U.S. manufacturers reported barely any increase in activity in October, with the weakest reading in the Institute for Supply Management’s business survey since the pandemic and before that the mid-cycle slowdown in 2015/16.

The economies of the United Kingdom and the euro zone have already slipped into recession during the third quarter of 2022 and China’s manufacturing activity is contracting.

U.S. manufacturers and the rest of the economy is following the same trajectory, albeit the slowdown is likely to be shallower and shorter than in other regions which are more exposed to high energy prices and the conflict in Ukraine.

As the global manufacturing sector contracts, freight volumes are likely to shrink further, which will eventually relieve some of the pressure on diesel fuel supplies.

(John Kemp is a Reuters market analyst. The views expressed are his own. Editing by Emelia Sithole-Matarise)