U.S. to Hold Offshore Wind Lease Sale for Two Areas in the Carolinas 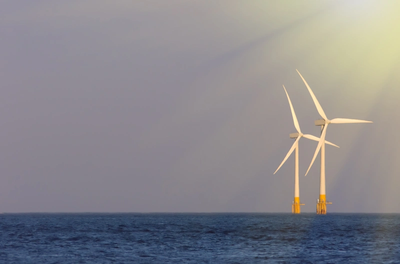 The U.S. will hold a wind energy auction for two lease areas offshore the Carolinas on May 11, the U.S. Department of the Interior said Friday, as the Bureau of Ocean Energy Management (BOEM) has completed its environmental review.

The lease areas cover 110,091 acres in the Carolina Long Bay area that, if developed, could result in at least 1.3 gigawatts of offshore wind energy, enough to power nearly 500,000 homes, the Department of the Interior said.

"The Biden-Harris administration is committed to supporting a robust clean energy economy, and the upcoming Carolina Long Bay offshore wind energy auction provides yet another excellent opportunity to strengthen the clean energy industry while creating good-paying union jobs,” said Secretary Deb Haaland. “This is a historic time for domestic offshore wind energy development. We will continue using every tool in our toolbox to tackle the climate crisis, reduce our emissions to reach the President’s bold goals, and advance environmental justice.”

The Carolina Long Bay offshore wind energy auction will allow offshore wind developers to bid on one or both of the lease areas within the Wilmington East Wind Energy Area (WEA), as described in BOEM’s Final Sale Notice (FSN), which is available today in the Federal Register Reading Room. The two lease areas include similar acreage, distance to shore, and wind resource potential, the Department of Interior said. 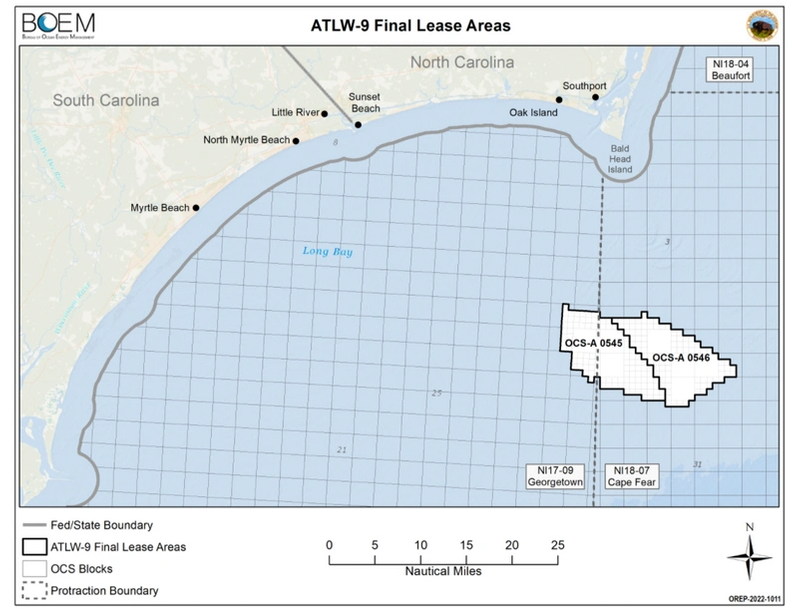 Among the stipulations announced today, BOEM will offer a 20 percent credit to bidders if they commit to investing in programs that will advance U.S. offshore wind energy workforce training or supply chain development.

The leases will also require lessees to identify Tribal Nations, underserved communities, agencies, ocean users, and other interested stakeholders, and report on their communication and engagement activities with these parties.

"These stipulations are intended to promote offshore wind energy development in a way that coexists with other ocean uses and protects the ocean environment, while also facilitating our nation’s energy future for generations to come. These innovative stipulations were embraced in the Department’s recent lease sale for the New York Bight, which set a record as the nation’s highest-grossing competitive offshore energy lease sale in history, including oil and gas lease sales," the Department of the Interior said.

“BOEM is focused on ensuring that any development offshore North Carolina is done responsibly, in a way that avoids or minimizes potential impacts to the ocean and ocean users in the region,” said BOEM Director Amanda Lefton. “The milestones announced today mark significant progress in achieving this Administration’s goal for deploying 30 gigawatts of offshore wind energy by 2030, while creating jobs and strengthening a sustainable domestic supply chain.”

In November 2021, BOEM published a Proposed Sale Notice (PSN) and requested public comments on the proposed leasing of nearly 128,000 acres in the Wilmington East WEA.

Based on the bureau’s review of scientific data and extensive input from the commercial fishing industry, Tribes, partnering agencies, key stakeholders, and the public, BOEM reduced the acreage available for leasing in the FSN by 14 percent from the areas proposed in the PSN to avoid conflicts with ocean users and minimize environmental impacts. BOEM will continue to engage with its partners and stakeholders as the process unfolds, BOEM said.

In addition, this past fall the current administration announced a new leasing path forward, which identified up to seven potential lease sales by 2025, including the upcoming Carolina Long Bay lease sale and last month’s New York Bight lease sale. Lease sales offshore California and Oregon, as well as in the Central Atlantic, Gulf of Maine, and the Gulf of Mexico are expected to follow.

The Department of the Interior has also cited a recent report which indicates that the United States’ growing offshore wind energy industry presents a $109 billion revenue opportunity to businesses in the supply chain over the next decade.

National Ocean Industries Association (NOIA) President Erik Milito said: "The Carolina Long Bay announcement is fantastic news for the Carolinas and for the nation. We are going to go from one project in the area to three, which will strengthen the supply chain and attract additional investment and jobs.

"A recent Wood Mackenzie study commissioned by NOIA and other groups found that a Carolinas Lease Sale could support 37,200 jobs, $3 billion in annual wages, $233 million in state tax creation and $44.9 billion in capital investment during the development and construction phase of the projects. The Carolina Long Bay lease sale will keep up American offshore wind momentum beyond the U.S. Northeast."

"However, there is a narrow window in holding the lease sale and a prohibition will prevent additional lease sales beyond this one. Starting July 1, there will be a 10-year moratorium on offshore wind leasing in the area stretching from North Carolina down through the Eastern Gulf of Mexico. NOIA is strongly advocating for legislation revoking the ban.

"Overturning the moratorium has been non-controversial. Language is already included in the America Competes Act and was previously included in the Build Back Better Act. Congressional leaders should continue their bipartisan work in passing legislation that overturns the moratorium and allows for additional future lease sales."

'Victory for the people of North Carolina'

Oceana senior field representative in North Carolina Randy Sturgill said: "Today’s announcement is a victory for the people of North Carolina. My heartfelt thanks goes out to President Biden, Governor Cooper, Secretary Haaland, and all who were involved in this process. It’s critical that we transition away from fossil fuels that are causing climate change and toward clean energy like offshore wind, and our oceans can play an important role in that shift.

Never has there been a more important moment to develop clean offshore wind than right now as we’re dealing with the climate crisis and a need for energy independence. Oceana is thrilled about the jobs and clean energy that Carolina Long Bay will provide North Carolinians for decades to come.”