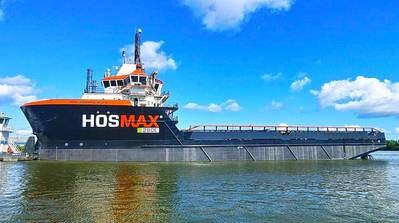 The U.S. Navy has hired a Hornbeck Offshore offshore support vessel (OSV) to support its submarine fleet operational and rescue requirements in the Atlantic Ocean, the U.S. Department of Defense said on Tuesday.

The $8,766,200 firm-fixed-price contract is for the operation and crewing of the Jones Act-qualified, U.S.-flagged HOS Rosebud. The deal includes one 182-day base period, one 182-day option period and one 120-day option period, which, if exercised, would bring the cumulative value of the contract to $19,336,200, according to the Pentagon.

Covington, La.-based Hornbeck was the only bidder for the contract, which was awarded by the Navy's Military Sealift Command (MSC).