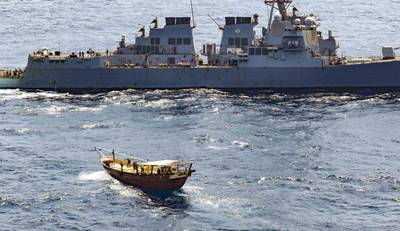 The U.S. Navy seized thousands of weapons from two stateless dhows during a maritime security operation off the coast of Somalia last week.

A boarding team from guided-missile destroyer USS Winston S. Churchill’s (DDG 81) discovered the illicit cargo during a flag verification boarding in international waters, and the confiscation took place February 11 and 12.

The cache of weapons consisted of thousands of AK-47 assault rifles, light machine guns, heavy sniper rifles, rocket-propelled grenade launchers, and crew served weapons as well as barrels, stocks, optical scopes, weapon systems and other components. Their original source has not yet been identified, the Navy said.

The dhow crews were provided food and water before being released. 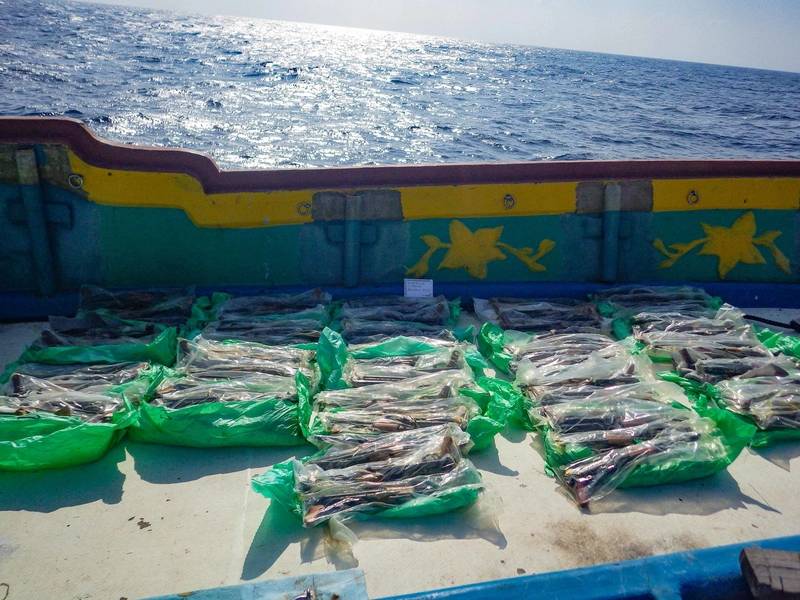 The two-day weapons seizure was conducted as part of the U.S. Navy’s regular maritime security operations in the region. These routine patrols are performed to ensure the free flow of commerce for legitimate traffic and to disrupt the transport of illicit cargo that often funds terrorism and unlawful activity.

“We are proud of the combined efforts of the [Advanced Interdiction Team (AIT)] and Churchill crew members for executing dynamic and demanding boardings,” said Lt. Travis Dopp, Assistant AIT Leader aboard Churchill. “We are proud to have a positive impact on the safety and security of coalition forces by interdicting shipments of lethal aid.”

“This joint team [Army, Navy and Coast Guard] on board Churchill came together to successfully execute this operation over the course of two days in the Indian Ocean. These operations prevent nefarious actors from illegally spreading their lethal aid,” said Cdr. Timothy Shanley, commanding officer of Churchill. 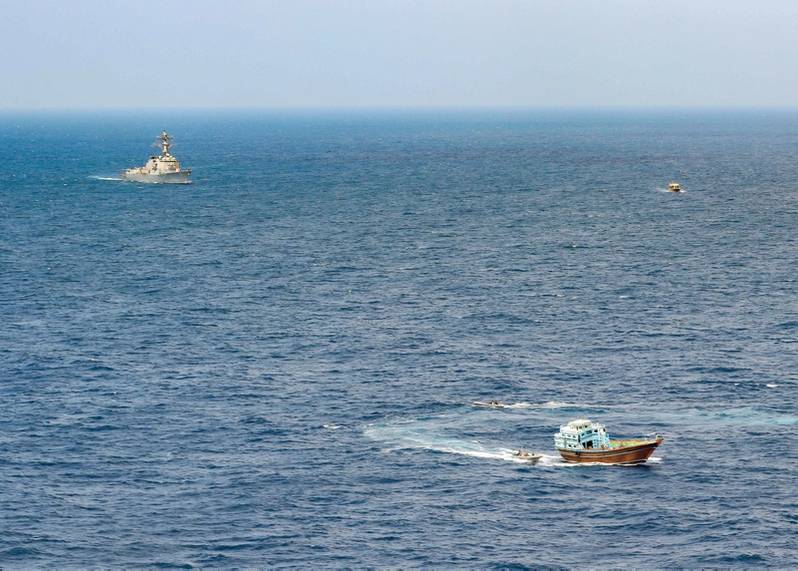 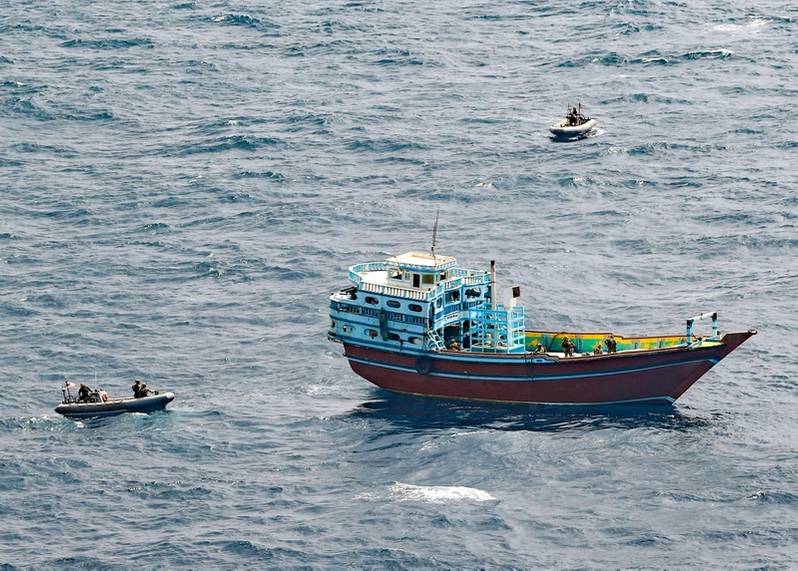 Russia said one of its military vessels chased away a U.S. naval destroyer that attempted to violate Russian territorial…