US Shipyards: Always on the Job Hunt 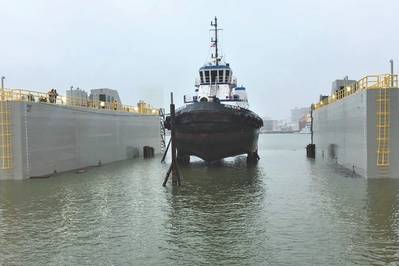 It’s a good thing, then, that U.S. shipyards were deemed essential businesses amid COVID-19 and have remained up and running throughout the pandemic. And it’s even better that most yards have been able to keep their workers employed despite less than stable market conditions, and that many are actively hiring to grow their staff counts.

While the pandemic’s business effects have made commercial repair jobs hard to come by for the company’s Cleveland shipyard, Starck said the stream of government repair work has been steady and is expected to remain solid through the winter. The yard is also busy building the sixth vessel in a series of Damen 1907 tugs for the towing division, and it has its eyes on several potential projects in the pipeline, both for new construction and repair.

Fincantieri Marine Group president and CEO, Dario Deste, said the group’s Wisconsin shipyards will hire nearly 1,000 additional people over the next few years. “With our main naval shipyard, Fincantieri Marinette Marine, receiving the contract to design and build the U.S. Navy’s FFG(X), as well as our other design and build work in our system-of-yards, we believe we will have steady work for years to come,” he said.

“We are always looking for great teammates and hiring in nearly every skilled trade, as well as management, and in our engineering department,” Deste continued. “With the detailed design work underway for the Navy’s FFG(X), the priority is bringing on additional engineers right now. As frigate production starts in 2021, we will ramp up hiring each year. It is an exciting time to be part of our team, to be honest. Whether it’s design, construction or maintenance and sustainment, we are solidifying our place as a tier one American shipbuilder,” Deste said.

On the West Coast, the pandemic has not diminished the strong sales and backlog of aluminum boatbuilder SAFE Boats International, who is currently hiring for various positions in production, engineering and other support roles at its Bremerton, Wash. shipyard.

“The pandemic has had no impact on our staffing needs,” said SAFE Boats’ human resources director, Cindy McFarland. “We have not seen any attrition related to COVID-19, staffing has remained consistent and we are hiring based on our plan for 2020.” 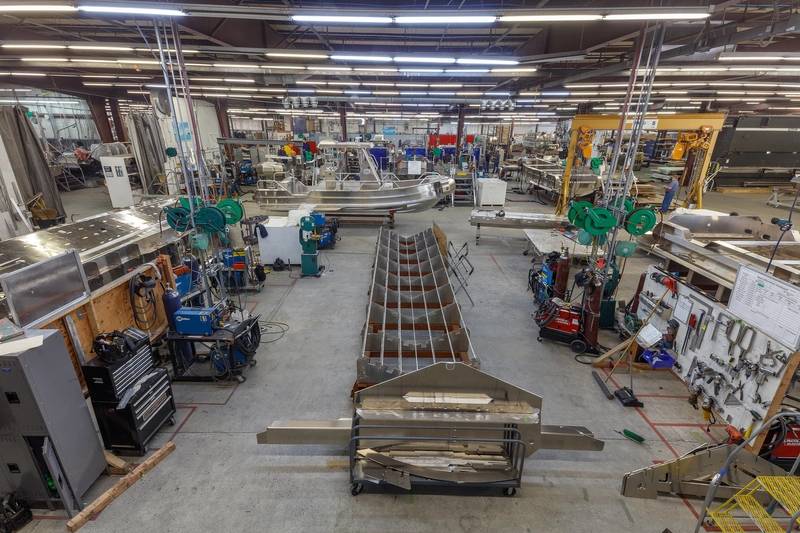 With three busy yards along the U.S. Gulf Coast and a healthily backlog of government and private vessel work, Gulf Copper & Manufacturing Corp is constantly on the lookout for quality tradesmen, according to Mark Ashwell, Managing Director of Business Development. “With several large projects secured, Gulf Copper will look for 20-30 more staff for project support per facility,” he said.

Many other shipyards along the Gulf Coast say they are hiring too. Edison Chouest Offshore, which very recently announced it will build and operate the first-ever U.S.-flagged Jones Act compliant service operations vessel (SOV), used for offshore wind farm operation and maintenance works, will spread the build across its shipyards in Florida, Mississippi and Louisiana, creating more than 300 new jobs in the process. In addition, one of Chouest’s shipbuilding facilities, Gulf Ship in Gulfport, Miss., is expanding and making facilities improvements to fulfill a new tugboats contract. This project will create more than 200 new jobs.

Some 30 miles east, repair yard ST Engineering Halter Marine and Offshore is expanding in Pascagoula, Miss. through a $10 million corporate investment project that will create 100 jobs and add equipment, dock space, water depth and other upgrades to prepare the shipyard to handle larger ships and oil platforms.

Eastern Shipbuilding Group says on its website that it regularly hires workers in a wide range of hands-on shipbuilding roles. As of September 30, group also had no less than 30 immediate corporate job openings listed online as the Panama City, Fla. shipbuilder looks to fill roles ranging from administrative assistant to analysts, designers and drafters, superintendent and project managers.

On the other side of Florida, St. Johns Ship Building in Palatka has been staying busy with new construction and repair work for a wide range of vessels. The company says on its site that it is looking for experienced personnel in a number of trades positions.

Bollinger Shipyards in Louisiana has both professional/staff administration and production trades/crafts openings listed online. Metal Shark, which on its site currently shows job availabilities at its Jaeanerette and Franklin, La. facilities, recently took to LinkedIn to announce the open positions. Colonna’s Shipyard in Norfolk, Va. has 87 job openings on LinkedIn, and Portland, Ore.-based Vigor has 126. 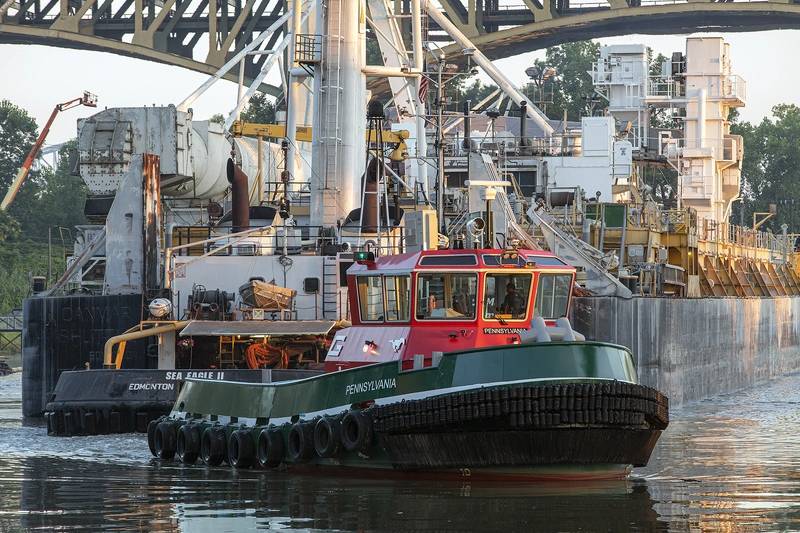 Attracting and retaining talent
While U.S. shipyards’ need for talent has been steady, one problem has been that the stream of qualified candidates available to fill open positions is often anything but. For a lot of shipyards, finding and retaining skilled workers is a perennial challenge.

“Finding good qualified full-time shipyard employees has always been a challenge,” said Great Lakes’ Starck. “We have supplemented with labor supply contractors for the past several years, and many of those workers have been here a long time. In the meantime, we are always trying to ‘grow our own’ and when we find talented candidates who have the right experience, we generally find a place for them.”

McFarland said SAFE Boats’ relatively remote location and smaller talent pool to draw from compared to major cities like Seattle can create hiring challenges. “Skilled trades people with specific experience we need such as aluminum welding can be difficult to find,” she said.

“SAFE Boats relies on traditional recruiting tools and methods such as posting on Indeed and other job sites,” McFarland said, adding, “SAFE Boats has invested in great relationships with area trade schools and educators who refer their students and alumni, as well as word-of-mouth and referrals from existing employees.”

“We are very fortunate in that our company culture is very focused on our team members, and therefore our retention is high as compared to the rest of the industry,” McFarland said. “We benefit from our reputation of being a great company to work for that takes care of its team.”

“There is little doubt about it, finding and retaining the best people is always a challenge,” said Deste, who adds that the pandemic has piled on another obstacle to overcome when recruiting and hiring employees. “We, like other major shipbuilders, have to recruit locally, regionally and nationally given the competitive landscape. That hasn’t changed during COVID, but not being able to physically attend as many hiring fairs and have conversations with prospective employees is a new challenge,” he said.

“Even during COVID-19 though, we have continued to bring on new employees. We have reduced the size of our on-boarding classes in the shipyard and we have done more interviews virtually than ever before; but we continue to seek out and find the highest quality teammates,” Deste said. 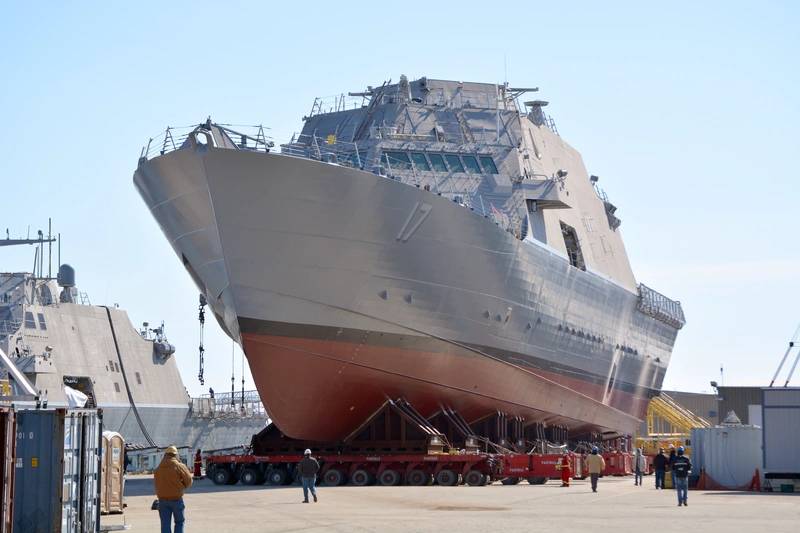 Ashwell said employee-owned Gulf Copper is combatting hiring challenges with competitive salaries and great benefits and insurance coverage. He added that the company’s employee stock ownership plan (ESOP), which allows all employees to be invested in the company as shareholders, plays a positive role in attracting talent. Having 75 years of shipyard experience and history with a great HR team and vast employee database helps too, he said.

Colonna’s and other yards such as Detyens Shipyards in Charleston, S.C. and Austal USA in Mobile, Ala. have found success with apprenticeship programs that provide a mix of academic instruction and on-the-job training. Taking this to the next level, The Apprentice School at Huntington Ingalls Industries’ Newport News Shipbuilding division in Newport News, Va. is approved by the state of Virginia to operate as a postsecondary institution.

Bob Merchent, CEO of Halter Marine in Pascagoula, Miss., said the need to strengthen and grow a skilled labor force for its U.S. Coast Guard Polar Security build program is “both a blessing and a challenge”. So, the shipyard created an apprenticeship program with the Mississippi Gulf Coast Community College that provides on-the-job training, classroom training and a progressive wage increase as participants reach milestones. “We are off to a very good start,” Merchent said, noting 10 students are enrolled in each of the five craft labor disciplines (welding, ship fitting, pipe fitting, pipe welding and electrical) for a total of 50 apprentices.

“I’m very excited to see this first class of apprentices,” Merchent said. “Future shipyard leaders often begin their careers through apprentice programs, so we likely now have a future vice president or even a CEO in this class.” 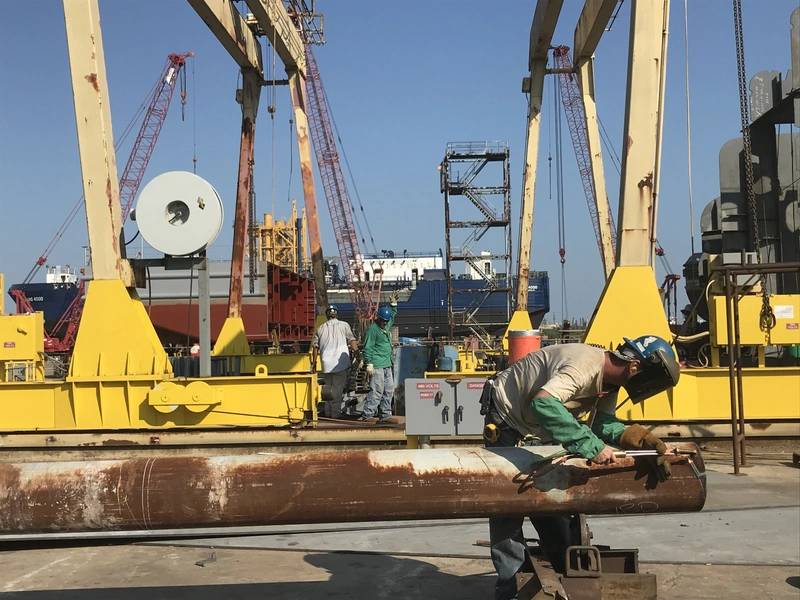