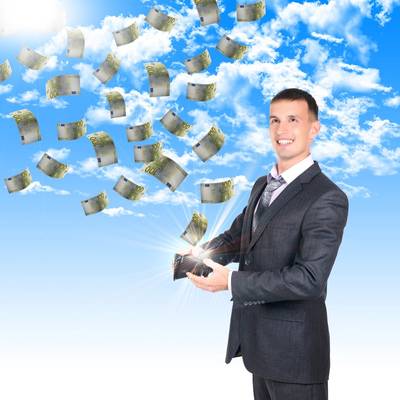 The surge in U.S. container imports continued in April when West Coast loaded imports amounted to 1.10m TEU. Imports had never exceeded this level until August 2020, and developments in the past nine months mean that April imports are only the sixth highest on record.

The slight decrease in loaded imports between March and April, matches the development in US retail sales, which after a record-breaking March ($629.9 billion) fell to $616.7 billion; still the second highest level on record. Before March, US retail sales had never exceeded $600 billion. Retail sales in both months were pushed up by the arrival of the $1,400 cheque, part of the latest stimulus round in the U.S., in late March and the first part of April, boosting US consumers’ spending on imported goods.

“The big question is how long these records will stand for? In terms of retail sales, with the March round of checks presumably the last, retail sales are unlikely to increase further in May,” says Peter Sand, BIMCO’s Chief Shipping Analyst.

“This does not necessarily mean that US West Coast imports have peaked with volumes remaining strong into May. High volumes, combined with continued congestion, has supported the continued strength of the transpacific freight market,” Sand says.

The high retail sales in March and April mean inventories need restocking, and the stop and start nature of the supply chain over the past year may be incentivising importers to get ahead on their usual schedules to avoid shortages further down the line. This would mean higher imports now, and in the next few months, potentially dampening some of the higher demand in the usual Q3 peak season.” 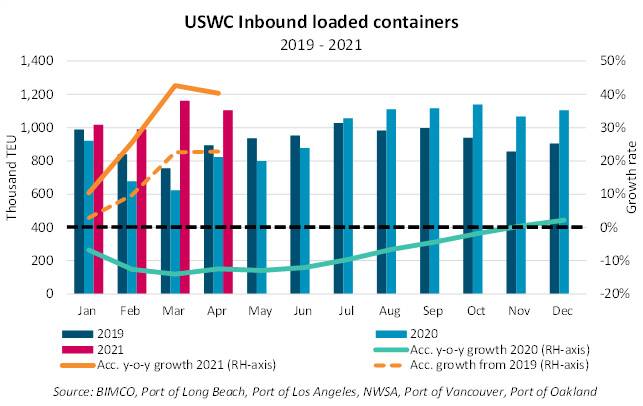