USMMA Superintendent to Step Down 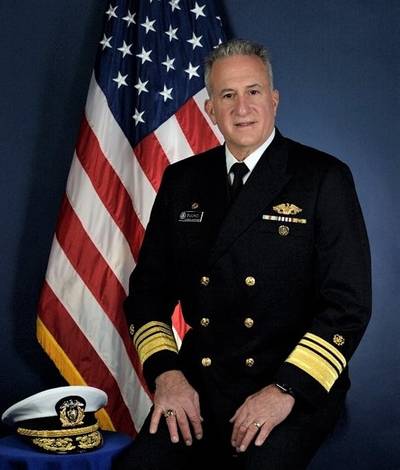 Superintendent of the U.S. Merchant Marine Academy, Vice Adm. Jack Buono announced his retirement after a maritime career that has spanned more than 45 years.

Vice Adm. Buono, a 1978 Kings Point graduate, has spent the past three and a half years at the Academy helm, and will relinquish command at a ceremony in June 2022. His successor has not been announced.

“For Ginger and I, serving as the Superintendent and First Lady of the Academy has been the honor of a lifetime,” Buono said. “The young women and men who come here are truly the best and brightest America has to offer. I am amazed at their resilience and perseverance, and know the future of the maritime industry is in good hands with them at the wheel.”

Buono arrived at USMMA in November 2018, after retiring as the President and CEO of SeaRiver Maritime, Inc., an ExxonMobil marine subsidiary headquartered in Houston.

As superintendent, Vice Adm. Buono guided the Academy through the COVID-19 global health pandemic, graduating two classes during the height of the crisis - on time, and COVID-free - with the expectation he will do the same with a third graduating class this year.

“I’d like to thank all those involved in the day-to-day operations at the Academy,” Buono said. “From the staff, faculty and coaches, to the alumni and the parents, to the support staff members that keep the lights on and the water running, I want each of you to know how proud and thankful I am to have served as the leader of this great institution.”

Vice Adm. Buono assumed command of the federal service academy in the aftermath of some difficult times and immediately articulated his expectations for the regiment and the organization. During his change of command ceremony, he challenged the regiment to be strong supporters and advocates for one another. He implored them to take care of one other as shipmates, setting the groundwork for improvements in institutional culture at the Academy.

He brought deficiencies in the Academy’s infrastructure to the attention of the leadership at MARAD and DOT, creating the conditions for broad modernization at the Academy in the future. He also led the implementation of The U.S. Merchant Marine Academy Strategic Plan 2018-2023: Navigating Towards the Future Together, making it the benchmark for day-to-day operations at the Academy.

“While we won’t be leaving until sometime after graduation for the class of 2022, Ginger and I would like to take this opportunity to thank the Regiment of Midshipmen, the staff, the faculty and the USMMA community-at-large, especially the USMMA Alumni Association and Foundation, and the National Parents Association for your unwavering support these past few years,” Buono said. “We enjoyed our time here, we will remember all of you fondly, and we look forward to continuing to support the regiment, and the Academy into the future.”