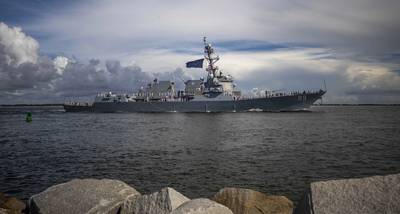 According to the U.S. Navy, this is a routine deployment for Farragut and the first after a dry-dock maintenance period in 2021.

Farragut returned to operational capability in the summer of 2021 and has completed a rigorous training cycle, including a visit from the Congressional Board of Inspection and Survey, the Navy said in the statement.

“We are looking forward to getting underway and supporting our strike group and NATO Allies while representing our country,” said Cmdr. Nicholas Gurley, commanding officer of Farragut. “Our Sailors have put in a lot of hard work and effort over these last few months to make sure we are prepared for deployment, and it really shows.”

Farragut is a multi-mission capable vessel with the ability to conduct air defense, anti-submarine warfare and surface warfare. The Navy said that Farragut’s crew is trained and equipped to support any mission that CSG-10 requires. 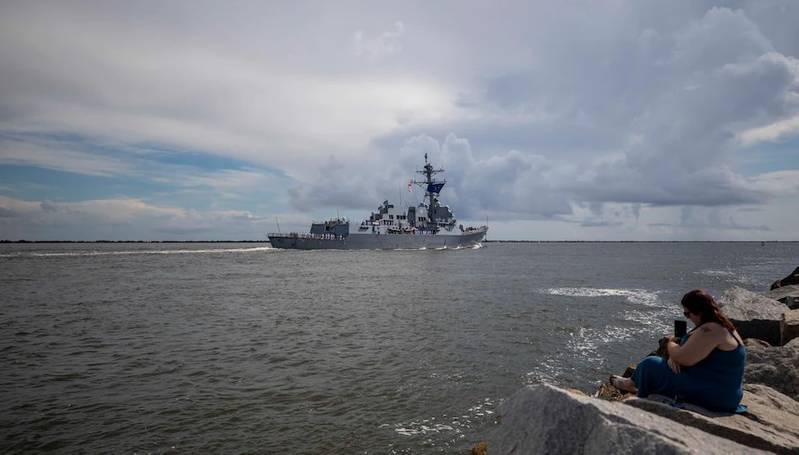 "The GHWBCSG is an integrated combat weapons system that delivers superior combat capability to deter, and if necessary, defeat America’s adversaries in support of national security. They are committed to maritime safety and security, ensuring free access to sea lanes and deterring aggression," the Navy added.

Along with Farragut, the ships of DESRON 26 within the GHWBCSG are USS Nitze (DDG 94), currently on an independent deployment, USS Truxtun (DDG 103), and USS Delbert D. Black (DDG 119), which departed Naval Station Mayport earlier last week.

The squadrons of CVW-7 embarked aboard George H.W. Bush are the “Jolly Rogers” of Strike Fighter Squadron (VFA) 103, the “Pukin Dogs” of VFA-143, the “Sidewinders” of VFA-86, and the “Nighthawks” of VFA-136 based in Lemoore, Calif.; the “Bluetails” of Carrier Airborne Early Warning Squadron (VAW) 121 and the “Nightdippers” of Helicopter Sea Combat Squadron (HSC) 5 based in Norfolk; the “Patriots” of Electronic Attack Squadron (VAQ) 140 based in Whidbey Island, Wash.; and the “Grandmasters” of HSM-46 based in Jacksonville, Fla.