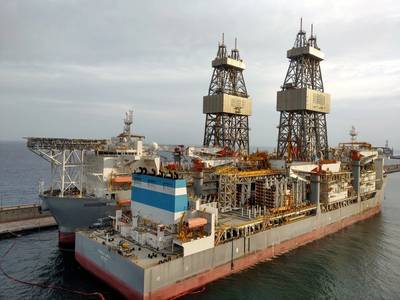 Offshore oil driller Valaris PLC is exploring debt restructuring options as it grapples with a rig accident and a broader collapse in energy prices, people familiar with the matter said on Friday.

Valaris has tapped debt restructuring attorneys at law firm Kirkland & Ellis LLP for advice on ways to rework its roughly $6.5 billion debt pile, and is exploring enlisting a turnaround firm that specializes in urgently addressing stressed finances to bolster its roster of advisers, the sources said.

The London-based company had already been working with investment bank Lazard Ltd on options for addressing its debt, in addition to a series of cost-cutting measures already underway.

No formal debt restructuring, such as a bankruptcy filing, is imminent for Valaris, even as the company considers significant steps to rework its finances, the sources added.

It had $1.7 billion of liquidity available at the end of 2019, enough to cover maturing debt to 2024, the company said on Feb. 20. It is not clear how quickly the company will burn through its cash given the shock inflicted on its business this month by the global downturn.

The sources requested anonymity because the matter is confidential. Valaris declined to comment, while Kirkland & Ellis and Lazard did not respond to requests for comment.

Companies servicing oil and gas producers have been pummeled by plunging energy markets triggered by an oil price war between Saudi Arabia and Russia, and concerns over economic activity grinding to a halt because of the global coronavirus outbreak.

Even before the recent downturn, offshore drillers were being slowly suffocated by persistently-low day rates for their services and huge debt piles. In November, Seadrill said it was talking to its lenders about restructuring $7.5 billion of liabilities.

Valaris' stock has fallen more than 90% since the start of the year, while its 8% bonds due in January 2024 were trading around 14 cents on the dollar, according to Refinitiv Eikon data.

Formed last year by the merging of Ensco and Rowan Companies, Valaris settled a dispute in January with Luminus Management, giving the company's largest shareholder a seat on its board after the activist hedge fund pushed for better governance and changes to its capital structure.

Five weeks later, Valaris reported an accident that damaged one of its rigs off the coast of Angola. As a result, a contract with France's Total SA, one of Valaris' most lucrative, could be terminated, the company warned in a March 10 regulatory filing.

That could erase up to $150 million from one often-used measure of annual earnings that Valaris expected to be as high as $240 million, the company said.