Vale, Other Brazil Miners Ramp Up Production as Rains Subside 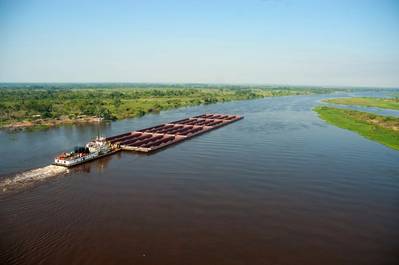 Brazilian miners including Vale SA are resuming production in the southeastern state of Minas Gerais after being forced to halt some operations due to heavy rains that increased the risk of accidents and caused logistics disruptions.

Vale said in a securities filing on Monday that the Brucutu and Mariana mines are gradually ramping up production as part of its Vitoria-Minas railway was cleared, allowing the iron ore to be moved.

Vale's resumption comes after steelmaker Usiminas announced on Saturday it was slowly restarting production at its Mineracao Usiminas (MUSA) mining subsidiary, which also was hit by the heavy rains.

Samarco, a joint venture between Vale and BHP , told Reuters on Monday it too had resumed production last week as rains subsided.

France's Vallourec, which paused its Pau Branco mine after the showers caused a dike to overflow, said on Monday its operations were still halted. Newspaper Valor Economico reported the company was in talks with authorities to resume operations and settle financial penalties.

CSN, which shut down CSN Mineracao's Casa de Pedra mine, did not immediately respond to a request for comment.

Vale said on Monday that two structures in Minas Gerais are still on alert due to the heavy rains.

The Area IX dam, an upstream asset that is currently inactive, had its alert level raised to 2 from 1, which means additional containment measures are needed to avoid a collapse. The Elefante dike is at alert level 1, a status that does not compromise its overall stability.

"The company has already initiated studies and corrective actions in both cases. There is no permanent occupation of people in the corresponding zones and no additional evacuation is required," Vale said.