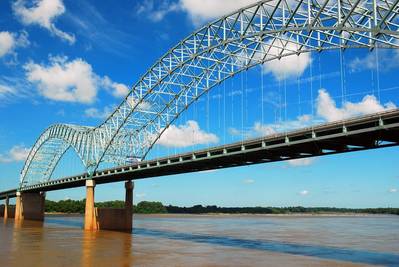 Towing vessels and barges are lining up near Memphis, Tenn. after a significant structural crack discovered on the I-40 Hernando de Soto Bridge bridge led the U.S. Coast Guard to halt vessel traffic in the area.

At least 16 vessels with a total of 229 barges are waiting to transit in either direction after vessel traffic was restricted between mile markers 736 and 737 on the Lower Mississippi River, the Coast Guard said on Wednesday afternoon.

"Based on the current information available, we have closed a portion of the Lower Mississippi River out of an abundance of caution," said Coast Guard Capt. Ryan Rhodes, captain of the Port of Memphis. Memphis is the fifth largest inland port in the U.S. and second largest on the Mississippi River.

The Arkansas Department of Transportation (ARDOT) discovered the crack in one of the bridge's crucial steel support beams during a routine inspection on Tuesday. The agency said the bridge will remain closed to vehicle traffic for an unknown amount of time while engineers study the extent of the damage.

The Tennessee Department of Transportation (TDOT), which shares responsibility for the bridge with ARDOT, said it will hire contract crews to begin emergency repairs.

Rhodes said the Coast Guard is working with ARDOT, TDOT and river industry stakeholders as he is continues to monitor the situation to ensure the safety of the maritime environment and surrounding community.

Opened in 1973, the six-lane Hernando de Soto Bridge is a through arch bridge carrying Interstate 40 across the Mississippi River between West Memphis, Ark., and Memphis, Tenn. On average, more than 35,000 vehicles transit the bridge daily, according to figures from TDOT. 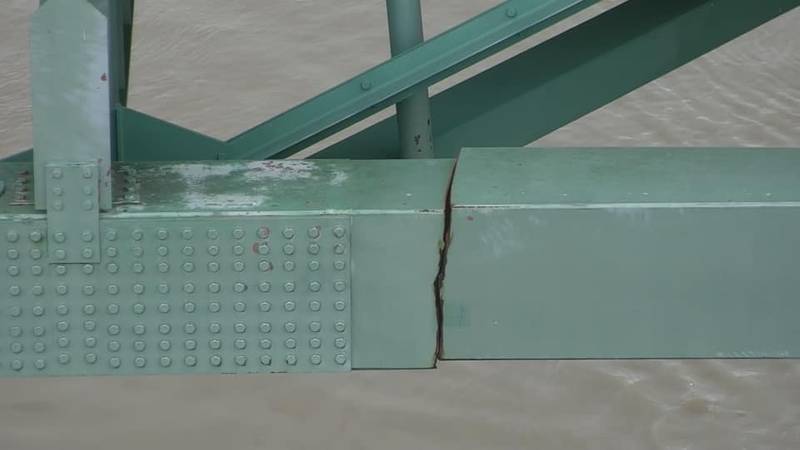 Parker Towing, a barging company in the southeastern U.S., announced it has promoted three employees.Jeremy Headley has been…