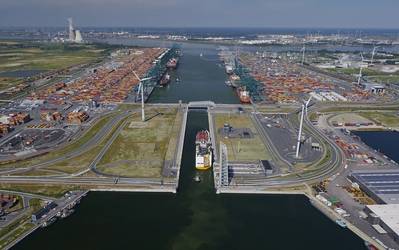 Vestdavit has bolstered its presence in the European market with the launch of a new subsidiary in the Netherlands that positions it for business growth in one of the world’s major maritime hubs. The Norwegian davit supplier is now able to provide readily available resources and expertise for new and existing clients from its Vestdavit BV office located in Maastricht that opened on May 1.

Headed by managing director Kai Gjerde, the office will function as a sales and service center located at the intersection of the Netherlands, Belgium and Germany to support clients in these and surrounding countries, as well as service hundreds of vessels passing through regional ports like Rotterdam, Amsterdam and Antwerp.

The move “demonstrates the company’s commitment to our market” and has triggered “exceptional interest” from regional shipbuilders, according to Gjerde.

An electrical engineer by profession, Gjerde has a broad commercial and technical background in the maritime industry and served as Vestdavit’s agent through his own service company in the Netherlands before taking on the new role.

“There are some promising newbuild projects in the pipeline and the availability of local aftermarket support with a short supply line is set to be a key factor in upcoming contract awards,” he said. “At the same time, this gives us closer proximity to the market and strengthens trust between client and supplier. Having a local presence also gives us better access to our target clients in the public sector and enables us to participate in regional industry forums.”

Vestdavit said it is now looking to raise its game in davit deliveries primarily to naval and coastguard vessels, along with offshore support vessels serving the wind and oilfield service sectors.

Gjerde said the company already has a strong reputation for supplying high-quality boat-handling equipment to Netherlands-based Damen Shipyards Group and other regional yards, including deliveries for naval ships.

Vestdavit currently has ongoing orders with Damen including davits for three naval patrol vessels being built at the shipbuilder’s Cape Town yard in South Africa, a customs inspection vessel to be built in Italy, a combat support vessel for the Dutch Navy and two hydrographic survey vessels. The latter include high-specification telescopic davits designed to operate in high sea states that have shown proven reliability in harsh environments from around 2000 deliveries by the company over the past 30 years, backed by a global support network.

Managing director of parent Vestdavit Group, Rolf Andreas Wigand, believes having boots on the ground in the Netherlands will strengthen the company’s role in system integration on newbuilds through early participation in the ship design phase. “Being where the action is will enable us to provide a rapid response in terms of technical support and delivery of equipment, as well as close follow-up for clients including shipyards, ship designers and ship operators,” he said. “It also means we will be better able to translate client needs into tangible products as we seek to provide bespoke davits suited to specific requirements.”

Another beneficial spin-off of the new office is that travel costs will be reduced, while the company will also be able to provide local and timely maintenance for its many davits already installed on ships passing through European ports. “We have carried out a thorough analysis of the Netherlands’ market and we see great demand potential over the coming decade for davits capable of safely handling boats in high sea states, both for civilian and naval projects,” Wigand said.

And he indicated the new office could provide a platform for further expansion: “We are acting locally but thinking globally.”