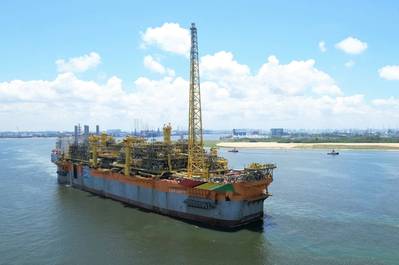 Liza Unity FPSO, set to become Guyana's second offshore production unit, has been completed in Singapore and has set sail towards Guyana.

Keppel Shipyard, responsible for the construction and integration of the topside modules with the China-built FPSO hull said Thursday it had delivered the FPSO to SBM Offshore. Once in Guyana, the FPSO will be deployed at ExxonMobil's Stabroek offshore block.

Keppel O&M’s scope of work included the fabrication of several topside modules, the riser balcony, the spread-mooring and the umbilical support structures, as well as the installation and integration of associated equipment and all topside modules onto the FPSO.

Liza Unity is the second in a series of three FPSOs for the Stabroek block offshore Guyana chartered by the consortium of ExxonMobil, CNOOC, and Hess. The Liza Destiny FPSO has been producing oil off Guyana since December 2019, and is currently producing approximately 120,000 gross barrels of oil per day.

The Liza Unity FPSO, which will be spread moored in a water depth of about 1,600 meters, is designed to produce approximately 220,000 barrels of oil per day, with an associated gas treatment capacity of 400 million cubic feet per day and water injection capacity of 250,000 barrels per day. 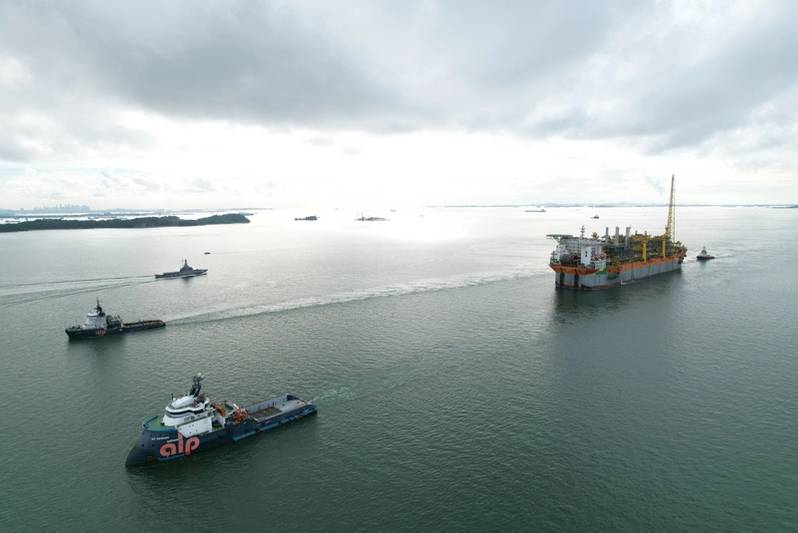 The FPSO will be able to store approximately 2 million barrels of crude oil.

Keppel has also started work on the third FPSO unit earmarked for Guyana, the Prosperity FPSO. The vessel hull recently arrived at Keppel O&M’s yard in Singapore and work onboard has started. This FPSO is destined for the Payara development in the Stabroek Block.

The prolific Stabroek block is where ExxonMobil has in the past few years found more than 9 billion barrels of oil, with the latest discovery, at the Pinktail offshore well, announced Thursday. Read more.

At least six FPSOs are expected to be online in the Stabroek block by 2027 with the potential for up to 10 FPSOs on the block to develop the current discovered recoverable resource base.