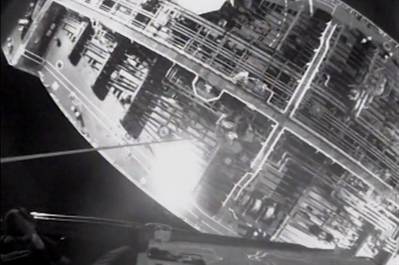 An ailing crew member was medevaced from a tanker vessel near Galveston, Texas, on Sunday morning, the U.S. Coast Guard said.

Coast Guard Sector Houston-Galveston command center watchstanders received a medevac request via VHF-FM channel 16 at 4:05 a.m. from the Marshall Islands-flagged Silver Ginny for an unresponsive 28-year-old crewmember who had fainted in his cabin but had stable vitals. Watchstanders consulted with the duty flight surgeon, who recommended a medevac.

A Coast Guard Air Station Houston MH-65 Dolphin helicopter crew launched to assist. The helicopter crew arrived on scene, hoisted the crewmember and transported him to the University of Texas Medical Branch at Galveston, where he was transferred to awaiting emergency medical services personnel in stable condition.