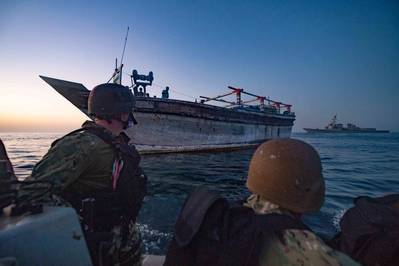 While operating under Combined Maritime Forces (CMF), Churchill received signal from the motor vessel via flashing light that it was in distress. When hailed over bridge-to-bridge radio, the vessel’s crew explained that their engine would not start due to a dead battery and they had run out of food and water.

The Churchill’s boarding team transited to the dhow via a rigid-hull inflatable boat (RHIB) and conducted an initial seaworthiness inspection. They provided the mariners with food and water. 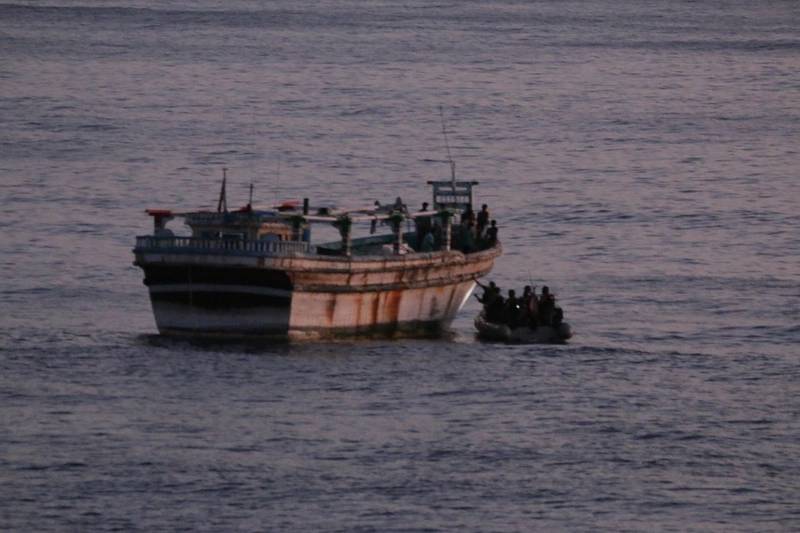 After verifying, Churchill did not have the type of battery required by the vessel, they requested assistance from Oman Coast Guard.

The Churchill’s crew strictly adhered to coronavirus (COVID-19) mitigations of social distancing and the wearing of face coverings and gloves in order to prevent the transmission between crews.

The 1974 International Convention for the Safety of Life at Sea (SOLAS) outlines the obligation of all mariners, regardless of nationality, to provide assistance to those in distress at sea, a responsibility and mission that all mariners share and take very seriously.

The CMF is a multinational maritime partnership which exists to counter illicit non-state actors on the high seas, promoting security, stability and prosperity in the Arabian Gulf, Red Sea, Gulf of Aden, Indian Ocean and Gulf of Oman. 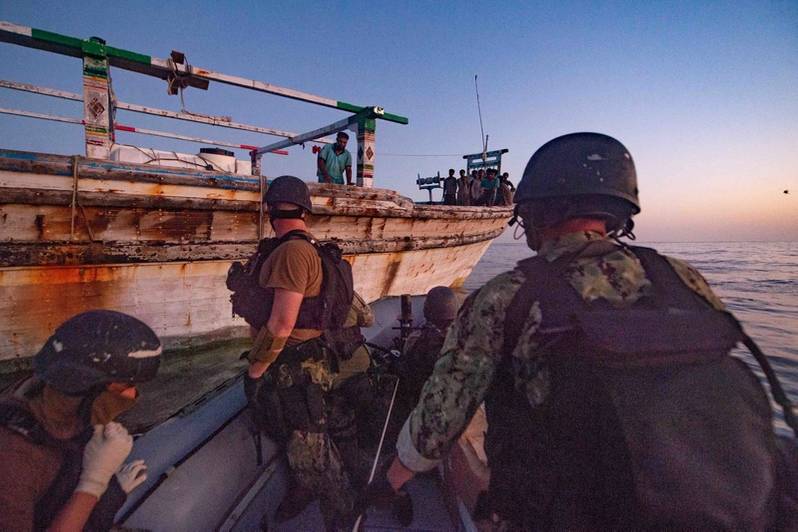