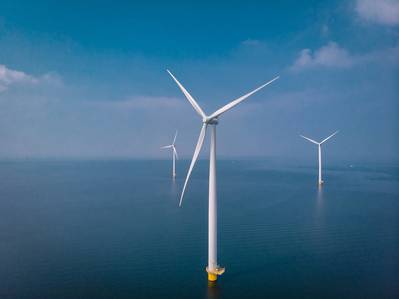 A federal agency said on Thursday it has again delayed a long-awaited environmental study crucial to permitting the first major U.S. offshore wind project, but final approval of the project is expected by mid-January.

The study of the 800-megawatt Vineyard Wind project planned for the waters off the Massachusetts coast is expected to be released by December 11, according to a government timeline. It had been anticipated later this week.

The document has been repeatedly pushed back since April of 2019 due to concerns that the project's wind turbines will harm fisheries and navigation.

The delays have been a setback to President Donald Trump's efforts to fast-track big energy infrastructure projects and have stymied the administration's plans to launch a promising new domestic industry.

A December publication of the study would pave the way for the administration to issue a final decision on the project by January 15, according to the timeline, just days before Trump leaves office.

A spokesperson for the Bureau of Ocean Energy Management, which is overseeing the permitting process, said the agency was still reviewing the more than 13,000 public comments submitted in response to a supplemental review issued earlier this year.

That study was ordered in 2019 to consider the environmental impacts of many offshore wind farms due to the growing number of projects planned for the East Coast.

"Minor delays like this are not uncommon," Vineyard Wind spokesman Andrew Doba said in an emailed statement.

Doba said the company was confident that the project would be delivered on time. It is scheduled to be completed in 2023 at the earliest.

Once constructed, the project is expected to generate enough power for more than 400,000 homes. The lease area is located 15 miles off the coast of Martha’s Vineyard.

Vineyard Wind is a joint venture between Copenhagen Infrastructure Partners and Avangrid Inc, the U.S. arm of Iberdrola SA.