As shipowners mull the pros and cons associated with new fuels to meet tightening emissions rules, Chevron Marine is finding that some ship owners that switched older engines to  very low-sulfur fuel oil (VLSFO) are reporting build-up of red deposits on piston crowns and top edges, sometimes combined with red iron burrs in scavenge ports. The deposits are associated with abnormal liner wear since the fuel switch, particularly on older two-stroke marine engines.

“While newer ships do not have a problem using these fuels, engines already closer to an overhaul did struggle sometimes. Cylinder units that could have run for another six months or a year on HFO did not survive the tougher conditions with the new fuels," said Luc Verbeeke, Senior Engineer, Chevron Marine Lubricants.

Chevron used a four-step laboratory analysis to narrow down likely causes. The deposits were found to include a compound of materials including harmless detergent additive residue and iron oxide. The detergent residue was determined not to be a source of wear as the deposits were only found in single cylinders rather than across the engine.

Although VLSFO has been found to offer a typically higher energy value content than heavy fuel oil (HFO), and therefore can offer value for money, its combustion engine density properties can result in harsher operating conditions and more stress on the engine components. 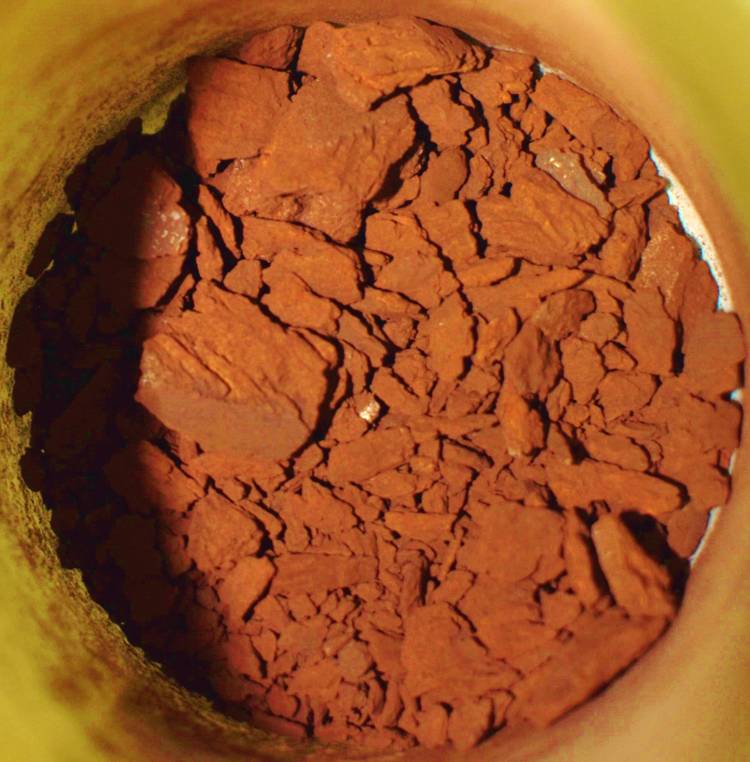 An example of the red deposits analyzed at Chevron laboratories. (Photo: Chevron)