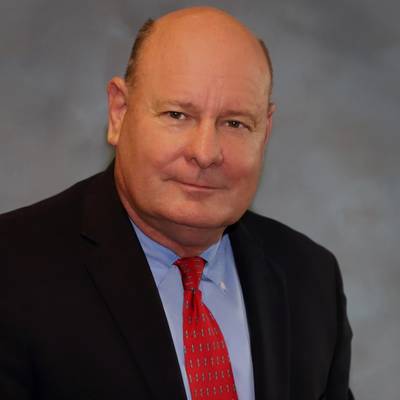 Niels Aalund was elected at the 93rd International Convention and Conference in New Orleans on October 17th.

New Orleans, LA: Prominent maritime industry stakeholder Niels Aalund has been elected President of the International Propeller Club. Mr. Aalund will serve a two-year term, commencing from October 17th. Aalund, a well-known maritime subject matter expert and executive, currently serves as an Officer and as Senior Vice-President of the West Gulf Maritime Association (WGMA). WGMA communicates and coordinates with various governmental entities throughout the West Gulf, providing a forum for discussions and exchange of information between member companies.

As WGMA’s most visible and active advocate, Aalund provides maritime industry liaison every day, advocating on behalf of member companies with local, state and federal agencies. Throughout his career, Aalund has provided leadership for a variety of maritime related positions. He has extensive strategic planning experience in both operations and commercial maritime activities, including but not limited to management positions overseeing liner, break-bulk and stevedoring groups.

A Houston native, Aalund is a graduate of the University of Houston. An active public speaker at industry programs, seminars and conferences, he also produces the well-regarded WGMA “Daily Industry Update Report” for maritime stakeholders. This daily report briefs the trade on regional, national and international developments and trends.

“I consider it a great honor and a true highlight of my career to be selected to lead such a storied group. This is an exciting time for the International Propeller Club,” said Aalund, adding, “On behalf of our members worldwide I would like to thank our past President, U.S. Coast Guard RADM (ret.) Joel Whitehead, for the outstanding job he did, while at the same time, taking our International Propeller Club to a new level."

About the Propeller Club
The Propeller Club was conceived in 1922 as an ever-growing group of maritime professionals met informally each day over lunch to discuss issues of the industry. Today, the International Propeller Club of the United States has grown exponentially into an international business network dedicated to the promotion of the maritime industry, commerce and global trade. There are more than 80 Ports in maritime locations around the world, including almost 30 in foreign cities.