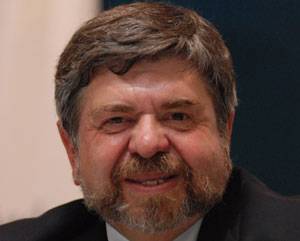 With newly released statistics showing marine accidents up on last year and a recent court case, which investigated the deaths of three mariners, resulting in a $461,700 company fine, safety has never been higher on the marine agenda.

In response to this, a new training course is being launched to help reduce the number of marine deaths and incidents and save shipping companies millions of pounds in hefty fines and insurance costs.

The Designated Persons Ashore (DPA) course is being developed by Maersk Training Centre, in conjunction with the leading authority on marine safety management, Dr Phil Anderson. As an expert witness in dozens of marine accidents, Dr Anderson has extensive experience of the pitfalls that many shipping companies and vessels experience when failing to comply with safety standards and the mandatory ISM Code (International Safety Management).

Combining both computer based training with a practical two day workshop, the course will address the role of DPAs and help them to monitor safety management systems effectively and implement change where necessary. This ultimately ensures that robust safety systems are in place to prevent accidents and reduce the risk of litigation.

Believed to be the first of its kind, the course launch comes at an opportune time. In its annual report published at the end of July, the Marine Accident Investigation Branch (MAIB) warned that complacency remains a major factor in many of the marine industry’s fatalities.

One example highlighted by the MAIB is the recent case of shipping company Vroon and its vessel, Viking Islay, on which three mariners died after entering an enclosed space. The MAIB report showed that one of the reasons for this was that the company’s safety management systems failed to detect deficiencies in training, equipment and the safety culture on board the Viking Islay and Vroon was subsequently fined $461,700 thousand.

Richard Booth, Maersk Training Centre Manager, said “Although many shipping companies take their ISM Code obligations very seriously with regards the designated person ashore role, it is clear that some still remain who are simply paying lip-service to this mandatory requirement. These companies may find themselves seriously exposed to damaging litigation, if a marine accident or incident occurs.

“Often it’s the DPAs and senior managers who find themselves in the firing line when safety breaches are identified so we wanted to develop a training course to help address this issue.

“It might not be the first thing that companies want to invest in, but if an incident occurs then it’s the first area investigators look at.”

Former Chief Executive of V Ships, Captain Peter Cooney, said “I’m delighted to hear that a course like this is being introduced. A good DPA, who has received the proper training can be an enormous asset and ensure that your rear end is properly protected – as well as doing a good job of managing safety exceptionally well. If an incident occurs which involves major pollution or fatalities, the reality is that senior managers or the company itself could face serious charges such as negligence, corporate killing or manslaughter, which may end in prison or costly fines. Unfortunately, for many, the realisation that their safety management systems are not running quite as well as they thought can come too late.”

Dr Phil Anderson said: “During my work as an expert witness, it has become clear that although many companies have safety procedures in place, less than half of these actually ensure that these are implemented adequately.

“This course will help ensure that DPAs are equipped with the skills and knowledge to examine safety systems and identify where the weaknesses are to make the system watertight under scrutiny.”

The first DPA course is scheduled for 6-8 October in London, with others following in Piraeus, Singapore, Glasgow,Copenhagen and the USA.

To raise awareness of the consequences when things do go wrong, Maersk and Dr Phil Anderson, have also developed a one day workshop for senior executives to sit alongside the DPA course.