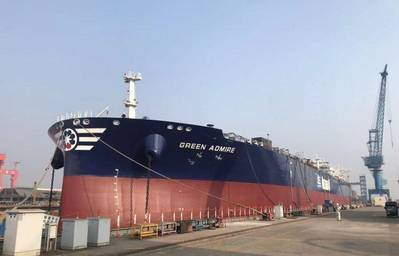 Aegean Shipping announced it has taken delivery of the newbuild Aframax tanker Green Admire. The vessel was handed over on Friday at China Yangzhou Cosco Shipyard Heavy Industry.

The Liberian-registered tanker is the first in a series of four slated to be delivered for the Greek shipping company.

Following the completion of the shipbuilding program, which is expected in March 2023, the average age of the Aegean Shipping fleet will be 2.9 years.