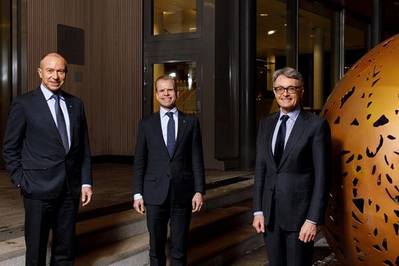 Aker Horizons has signed a Letter of Intent with Statkraft and Yara with the aim to establish "Europe's first industrial-scale green ammonia project in Norway, enable the hydrogen economy, and accelerate the energy transition."

The company said the first project in the partnership will be to electrify Yara's existing ammonia facility in Porsgrunn, "which has the potential to be one of the largest climate initiatives in Norwegian industrial history."

"The first project in Porsgrunn can be a lighthouse project - providing a competitive advantage in a growing global hydrogen economy, building on existing capabilities in the Norwegian supplier industry to create new jobs for the future, and forming the basis for a future Norwegian export industry," says Øyvind Eriksen, President & CEO of Aker ASA and Chairman of Aker Horizons.

The first project in the equal partnership is for electrification and decarbonization of Yara's ammonia production at Herøya in Porsgrunn, one of the largest sources of onshore CO2 emissions in Norway. The project has the potential to reduce CO2 emissions equivalent to the annual emissions from more than 300,000 fossil fuel passenger cars. Provided that power is available at the site and the required co-funding is secured, the project could be realized within 5-7 years.

In addition to the Porsgrunn project, the three companies said they would explore the potential for green ammonia production in Northern Norway to leverage existing local competency and accelerate the transition for energy-intensive industries, including shipping and agriculture.

The Norwegian shipping industry has a stated ambition to reduce emissions from domestic shipping by 50 percent by 2030, which will require significant green hydrogen production.

"It is currently more expensive to produce green hydrogen based on renewable electricity and electrolysis than through natural gas, but large-scale production will reduce cost of the electrolysis route. For hydrogen to be exported or used in long-haul shipping or fertilizer production, it needs to be converted to ammonia, and converting Yara's existing ammonia plant is both faster and more cost-effective than building a new plant. However, realizing this innovative project will require good incentive frameworks and support from the authorities," says Svein Tore Holsether, President and CEO of Yara.

According to the statement released Thursday, Yara's Porsgrunn plant is well set up for large-scale production and export, allowing Norway to quickly play a role in the hydrogen economy.

"Constructing a new ammonia plant and associated infrastructure is typically a capital-intensive process, but by utilizing Yara's existing ammonia plant and associated infrastructure in Porsgrunn, valued at USD 450 million, the total capital requirement for the project is significantly reduced compared with alternative greenfield locations," the statement further reads.

"The Norwegian process industry and cornerstone companies in local communities are dependent on restructurings to secure and create new jobs. The Herøya project will be a starting point for further electrification of Norwegian industry and realization of hydrogen as an energy carrier. This forms the basis for a new export industry built on unique competency and expertise already in high demand in Europe and other global markets," says Eriksen. "Not unlike the impact Ekofisk and other fields had on the development of the Norwegian oil and gas industry in the 1970s and 80s, the hydrogen project at Herøya could have major ripple effects for the development of the entire hydrogen value chain and supplier industry in Norway."

"Ammonia's chemical properties make it ideally suited for the hydrogen economy. It does not need to be refrigerated to the same temperatures as hydrogen, and has a higher energy density than liquid hydrogen, making it more efficient to transport and store. Ammonia is, therefore, the most promising hydrogen carrier and zero-carbon shipping fuel," the companies said.