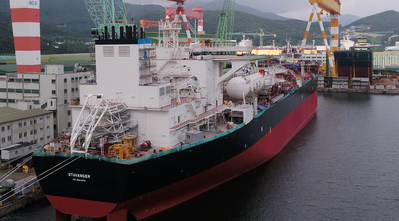 The ships are expected to be handed over between August 2020 and January 2021, followed by a fourth newbuild slated to operate off the East Coast of Canada and due for delivery in early-2022.

Last month Altera took delivery of the LNG-fueled Suezmax DP2 shuttle tanker 130,000 dwt Tide Spirit. The vessel, which was also built by SHI, is expected to start operations in October 2020.

In addition, the SHI-built 130,000 dwt shuttle tanker newbuilds delivered to Altera (previously named Teekay Offshore) in the first quarter, Aurora Spirit and Rainbow Spirit, started operations under an existing master agreement with Equinor in the North Sea during April 2020 and May 2020, respectively.