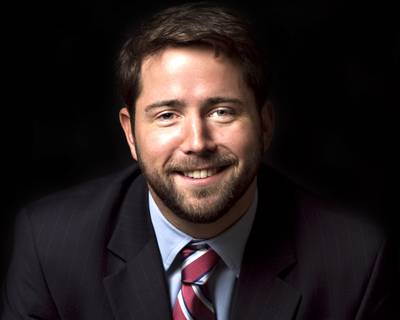 The Offshore Marine Service Association (OMSA) issued a statement regarding Senator John McCain’s proposal allowing foreign-built vessels to take over marine transportation in the United States, stating the amendment would gut U.S. shipbuilding while outsourcing jobs and security.
“Senator McCain has proposed an amendment to eliminate a cornerstone of U.S. maritime policy that dates back to the founding of our nation. The reservation of domestic transportation to U.S.-built vessels ensures the existence and viability of America’s shipbuilding industrial base. America’s forefathers realized the importance of this industry as a critical source of sovereignty and security against foreign threats, and that need continues in earnest to this day,” the statement said.
Ben Billings, President of OMSA, said “A great nation such as ours cannot for one second entertain the notion that we should outsource to foreign nations the ship construction and repair needs of America’s military, its offshore energy industry or the population centers and industries along our inland waterways that rely on the safe and secure transportation of goods.”
McCain’s proposal to outsource shipbuilding comes at a time when “U.S. shipyards are experiencing the greatest volume of shipbuilding activity in more than three decades,” said U.S. Maritime Administrator Paul Jaenichen, who spoke about the Jones Act’s economic and security benefits at a public forum in October. Jaenichen, a former submarine commander in the U.S. Navy, added, “We know that increased production at our shipyards means good, middle-class jobs for Americans who not only build, but also operate these vessels.”
“Sen. McCain’s proposal would paralyze the unprecedented economic growth at U.S. shipyards and cause thousands of American families to lose their livelihoods, so that foreign corporations can overtake U.S. markets without providing reciprocal access or removing any of the government subsidies that underpin their unfair cost advantage,” Billings said. Once lost, shipbuilding facilities, technology and workforce skills cannot be easily regained – a difficult lesson America was forced to learn at the beginning of the Second World War after decades of declining shipyard employment. “Such a radical shift in U.S. policy would be disastrous to American jobs and security and seriously threaten our nation’s ability to deploy and sustain military forces abroad and project power around the globe,” Billings continued. “In the midst of so much progress and strength in our shipbuilding sector, outsourcing this critical American industry makes absolutely no sense. OMSA strongly opposes Senator McCain’s proposal and urges its defeat.”
When asked about McCain’s proposal yesterday, the Commandant of the U.S. Coast Guard gravely remarked, “I think at the end of the day, it will put our entire U.S. fleet in jeopardy.” The Chairman of the House Coast Guard and Maritime Transportation Subcommittee also weighed in yesterday, stating “the Jones Act…guarantees that we will not be held hostage to the whims and dictates of foreign ship owners and operators...to respond to disasters or support national security requirements.” He went on to say, “U.S. companies are investing significantly in the Jones Act, particularly in the area of energy transportation. Congress should be supporting, not undermining, those investments in U.S. jobs and U.S. skills.” Earlier this week, the Navy League of the United States released a statement saying, “the loss of the American-built provisions in the Jones Act would have devastating ripple effects on all the sea services. Its immediate impact would be a reduction in the number of ships built in U.S. shipyards, which would result in a loss of jobs, a loss of industrial knowledge and skills, and a loss in America’s edge in shipbuilding quality and technology.”
More than 700 vessels are on order, under construction or have been recently delivered by approximately 200 shipyards nationwide, OMSA noted, adding that much of that work is occurring at Gulf Coast yards to service the region’s offshore oil and gas industry, including more than 130 offshore support vessels delivered last year. Other yards are adding state-of-the-art, Jones Act qualified product tankers, container ships, roll-on/roll-off vessels, barges, tugs and ferries to the nation’s Jones Act fleet of over 40,000 vessels. According to the U.S. Maritime Administration, the U.S. shipbuilding and repair industry employs more than 400,000 Americans, provides $24 billion in annual wages and accounts for $36 billion in gross domestic product.

The U.S. House Committee on Transportation and Infrastructure voted the Water Resources Development Act of 2020 (WRDA 2020)…